Outten & Golden LLP focuses on advising and representing individuals in employment, partnership, and related workplace matters both domestically and internationally. The firm counsels individuals on employment and severance agreements; handles complex compensation and benefits issues (including bonuses, commissions, and stock/ option agreements); and advises professionals (including doctors and lawyers) on contractual issues. It also represents employees with a wide variety of claims, including discrimination and harassment based on sex, sexual orientation, gender identity and expression, race, disability, national origin, religion, and age, as well as retaliation, whistleblower, and contract claims. The firm handles class actions involving a wide range of employment issues, including economic exploitation, gender- and race-based discrimination, wage-and-hour violations, violations of the WARN Act, and other systemic workers' rights.
More About This Firm » 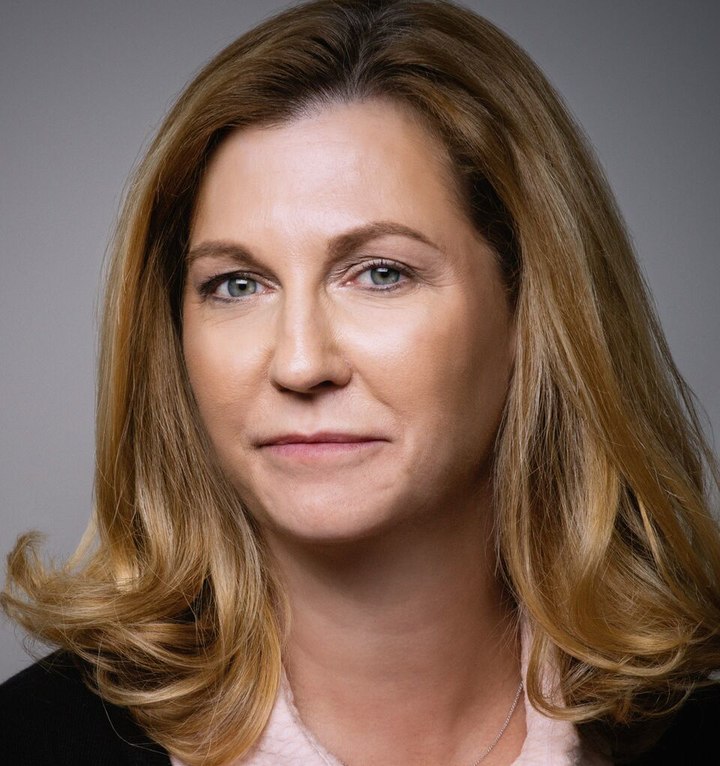 SUSAN E. HUHTA is the partner in charge of Outten & Golden's Washington, D.C. office, where she heads the D.C. office's individual practice group. She is Co-Chair of the firm's Discrimination and Retaliation Practice Group, and has represented employees in a wide range of employment matters, including litigation in state and federal trial courts, appellate courts and administrative agencies, for over 20 years. Ms. Huhta also provides advice and counseling to individuals experiencing employment problems or disputes, including executives and lawyers, and she negotiates employment contracts, as well as non-compete, bonus, change of control, separation and severance agreements.

Ms. Huhta’s employment practice focuses on claims of wrongful termination, discrimination, sexual harassment, retaliation, family and medical leave act violations, and breaches of contract. She also represents whistleblowers and individuals who experience adverse employment action as a result of opposing illegal or unethical corporate practices. Ms. Huhta has recovered millions of dollars in lost compensation and other damages for individuals who were wrongfully terminated or otherwise mistreated in the workplace.

Before joining Outten & Golden, Ms. Huhta practiced at a boutique employment law firm in D.C. for six years, and prior to that, for over 10 years, she ran the Employment and Public Accommodations Projects at one of D.C.’s premier civil rights organizations, the Washington Lawyers’ Committee for Civil Rights & Urban Affairs. She began her law career in Washington, D.C. as a litigation associate at Arnold & Porter LLP, and she clerked for the Honorable Barbara B. Crabb, United States District Court Judge for the Western District of Wisconsin. Ms. Huhta received her Bachelor of Arts degree from Cornell University and graduated cum laude from the University of Wisconsin School of Law, where she served as an Articles Editor of the Wisconsin Law Review and the President of the Wisconsin Law School’s Women’s Law Student Association.

Ms. Huhta serves on the Leadership Advisory Council of the National Women’s Law Center. She also serves on the Board of Directors of The Washington Lawyers' Committee for Civil Rights & Urban Affairs, as well as First Shift, a D.C.-based non-profit that provides employment-related legal assistance to low-income pregnant women and parents. She is a past president of the Washington Council of Lawyers, D.C.’s voluntary bar association that promotes public interest and pro bono work, and for many years has been an active member of the Metropolitan Washington Employment Lawyers Association. Ms. Huhta has been recognized by Washingtonian Magazine as a “Top Lawyer” by Washingtonian Magazine, and as one of the “Top 100 Lawyers” in civil plaintiff-side litigation by the National Trial Lawyers Association. In 2019, she was selected by her peers as a one of the “Best Lawyers in America” representing individuals in employment law, and by Lawdragon as one of the 500 Leading Plaintiff Employment Lawyers.

Ms. Huhta employs a highly client-centric approach, carefully considering all aspects of a client’s life and needs in helping develop and implement strategic decisions. She believes that every single client — without regard to position in life — deserves a dedicated, compassionate, and tenacious advocate. 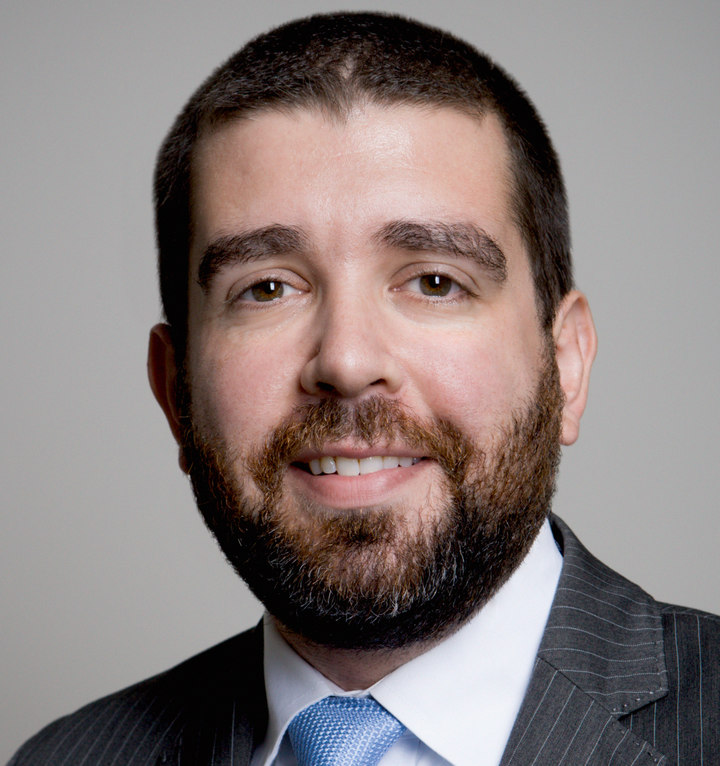 DANIEL S. STROMBERG is Partner and eDiscovery Counsel at Outten & Golden LLP. He is head of O&G's eDiscovery Practice Area, where he advises clients and case teams on discovery strategies, best practices, protocols and technologies, and oversees discovery collections, managed review, and productions. Mr. Stromberg frequently speaks on eDiscovery issues from a plaintiff's perspective, and teaches electronic discovery at the University of Virginia.

Mr. Stromberg negotiates eDiscovery agreements and helps manage discovery strategy and processes in cases in all areas of employment law, including wage and hour and discrimination class actions. His practice particularly focuses on the use of technology to effectively advocate for sufficient and defensible discovery. Before joining Outten & Golden LLP, Mr. Stromberg worked as Director of Discovery Technology at a boutique discovery firm, and as a Senior E-Discovery Consultant with a leading eDiscovery technology provider.

He is admitted to practice in Virginia and the District of Columbia. More About This Attorney »

HANNAH COLE-CHU is an associate in Outten & Golden’s Washington, D.C. office, and is a member of the firm’s Class & Collective Action Practice Group. Ms. Cole-Chu represents employees in class and collective action litigation in state and federal court. Her wage and hour practice focuses on representing employees misclassified as exempt from overtime laws and those forced to work off-the-clock. Ms. Cole-Chu represents individuals working in diverse fields including the restaurant, financial services, and transportation industries. She also represents veterans and reservists with claims under the Uniformed Services Employment and Reemployment Rights Act (USERRA), including those entitled to compensation by their employer during periods of military leave.

Ms. Cole-Chu is active in several of the firm’s pro bono matters, and is a Co-Chair of the Lawyers’ Alliance, an annual fundraising campaign to support the Public Justice Center based in Baltimore, MD.

RYAN C. COWDIN is an associate at Outten & Golden LLP, and a member of the firm's Class Action Practice Group. Prior to joining the firm in 2022, Mr. Cowdin represented workers and labor unions as an associate attorney for McGillivary Steele Elkin LLP. He also clerked for the Honorable Robert R. Rigsby at the D.C. Superior Court, served as a judicial fellow for the Honorable Anna Blackburne-Rigsby at the D.C. Court of Appeals, and supported voting rights as a fellow for the Campaign Legal Center. Ryan earned his B.A., cum laude, from Loyola University New Orleans in 2011, and his J.D. from The George Washington University Law School in 2016, where he served as President of GW Law's chapter of the American Constitution Society and as Articles Editor for the Federal Circuit Bar Journal. During law school, Mr. Cowdin represented low-wage workers as a student attorney for GW Law's Public Justice Advocacy Clinic. He also interned for various government offices, including The White House Counsel's Office, the U.S. Department of Justice, and the U.S. Commission on Civil Rights.

Mr. Cowdin is licensed to practice law in Virginia and the District of Columbia, where he lives with his wife Samantha and their dog Brody.

JENNIFER DAVIDSON is an associate at Outten & Golden LLP in Washington, D.C. where she is a member of the Class Action and Individual Practice Groups. Prior to joining the firm in 2021, Ms. Davidson was a fellow at Cohen Milstein Sellers & Toll LLP, where she worked on a wide range of class action litigations, including employment discrimination, harassment, and wage and hour cases. She also clerked for the Honorable Gregg Costa on the Fifth Circuit Court of Appeals and the Honorable Wendy Beetlestone on the Eastern District of Pennsylvania. Ms. Davidson received her A.B., summa cum laude, from Dartmouth College, and her J.D., Order of the Coif, from the University of Virginia, where she was a Hardy Cross Dillard Scholar. During law school, Ms. Davidson participated in UVA’s Housing Clinic and Supreme Court Litigation Clinic, was a Law and Public Service Fellow, and served as Articles Development Editor for the Virginia Law Review. Additionally, Ms. Davidson was a summer associate at Altshuler Berzon LLP, where she worked on union, employment, and civil rights cases.

Ms. Davidson is admitted to practice law only in New York and Washington, DC. More About This Attorney » 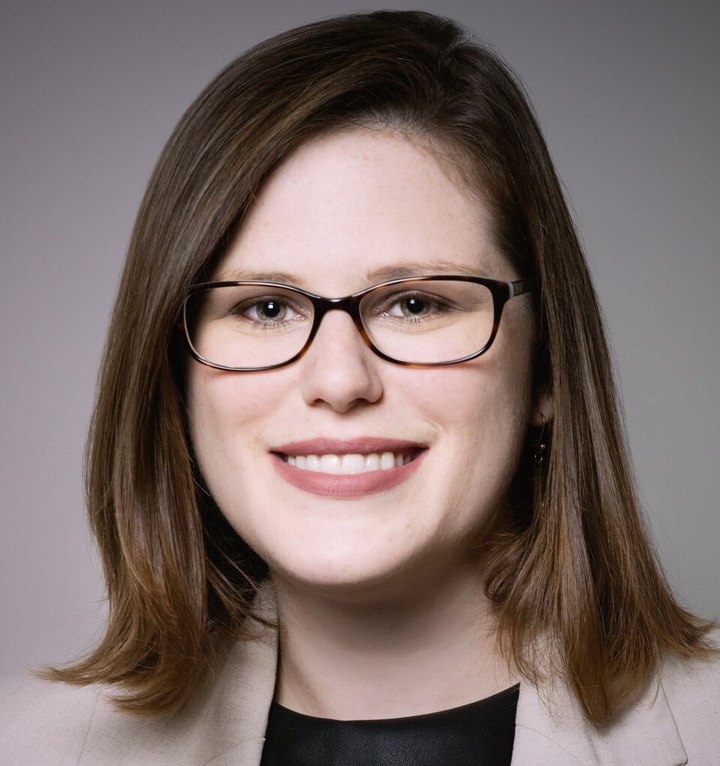 Ms. Lenning represents employees and executives in litigation, arbitration, and negotiation in all areas of employment law. Her litigation practice focuses on claims of discrimination, retaliation, equal pay, breach of contract, and wrongful termination, as well as representing individuals sued by their employers for alleged violations of restrictive covenants. She also provides advice and counsel to clients with respect to non-compete, separation, bonus and compensation, and severance agreements.

Before joining Outten & Golden in 2017, Ms. Lenning practiced at a boutique employment law firm in D.C., and prior to that, she litigated complex human rights cases at D.C.-based non-profit organization. She served as a fellow at the American Civil Liberties Union of Washington State, and the Washington Lawyers’ Committee for Civil Rights and Urban Affairs, where she worked on employment discrimination and wage and hour matters.

In 2018, Ms. Lenning was selected by her peers and recognized by Super Lawyers as a 2019 Rising Star.

Ian G. Roy is an Associate at Outten & Golden LLP and is a member of the firm's Individual Practice representing employees in litigation and negotiations in all areas of employment law. Ian obtained his B.A. in 2014 from Harvard University in Government studies with a minor in Spanish language and his J.D. from George Mason University, Antonin Scalia Law School, in 2018. During law school, Ian was a member on George Mason's Law Review and Moot Court Board. Ian also worked on behalf of individuals experiencing discrimination as a law clerk for Disability Rights, D.C. advocating on behalf of individuals with disabilities in the District of Columbia, for Outten & Golden, LLP, and interned for the U.S. Department of Justice - Disability Rights Section. After law school, Ian served as judicial clerk for the Honorable Judge Stephen C. Shannon on the 19th Judicial Circuit Court of Virginia and worked as a Litigation Associate for Rees Broome, PC in Tysons Corner, Virginia.

Mr. Roy is licensed to practice law in Virginia. Mr. Roy is admitted to the following federal courts: The United States District Courts for the Eastern District of Virginia. 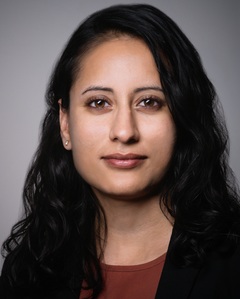 POOJA SHETHJI is an associate at Outten & Golden’s Washington, D.C. office and is a member of the firm’s Class & Collective Action Practice Group. She represents employees in a wide range of class action discrimination cases and wage and hour lawsuits. Her practice includes cases challenging age- and gender-based discrimination in digital advertising, the prosecution of wage theft claims on behalf of workers required to work off the clock, and litigation to enforce veterans’ and reservists’ rights under the Uniformed Services Employment and Reemployment Rights Act (USERRA).

Before joining the firm, Ms. Shethji served as a law clerk to the Honorable Joseph A. Greenaway, Jr. of the U.S. Court of Appeals for the Third Circuit, and to the Honorable Theodore D. Chuang of the U.S. District Court for the District of Maryland. She also completed internships with the NAACP Legal Defense and Educational Fund, the American Civil Liberties Union’s Racial Justice Project, the Urban Justice Center’s Community Development Project, and the Center for Popular Democracy.