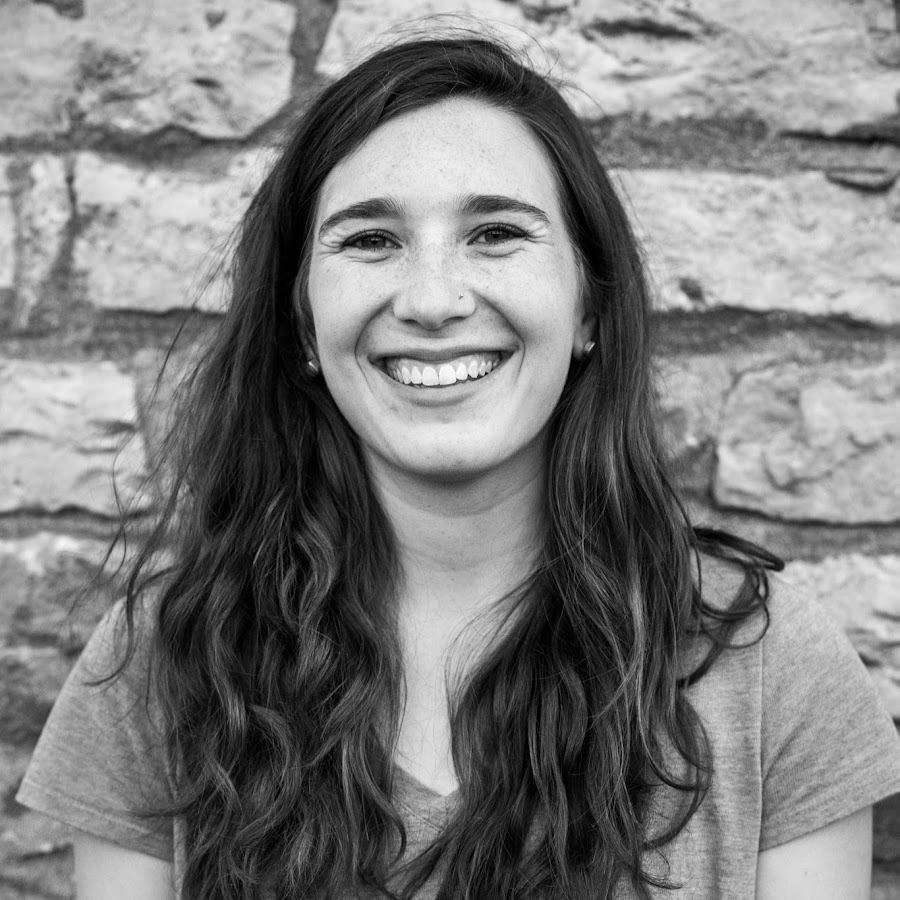 It was a typical workday for Michael “Flip” Wilson when a splintered steel bit punctured his forehead an inch above his eye. He was operating the claw-like continuous miner, a machine that cuts coal from an underground seam. Back above ground, Wilson’s superintendent tweezed out the metal, slapped on a BandAid and sent him back under, Wilson says. It happened again two days later.

That was about five years ago, when Wilson was 60. Wilson left his final coal job at Parkway Mine in 2015. He insists he loved his 44-year career throughout Western Kentucky, though it was checkered with similar injuries: a broken finger, electrocution from a bad cable, and multiple incidents of being buried under rockfall.

“I’ve seen a guy with a broken back,” Wilson says. “I’ve carried out a guy with a leg or an arm cut off. I’ve seen guys burn up. I’ve seen 10 get killed down there at one time in an explosion.”

Kentucky has seen five coal mine fatalities this year, and while injuries from mine accidents are on the decline nationally—from more than 5,000 reported in 2005 to about 1,500 in 2018—the Mine Safety and Health Administration (MSHA) credits the decline in part to the overall decline in coal jobs, as well as tougher enforcement.

MSHA, created in 1977, inspects underground mines quarterly. When it finds a safety hazard, MSHA can fine the mine operators. However, $100 million of $1 billion levied in penalties between 2000 and 2017 remains unpaid. MSHA has no power to compel payment unless it files a lawsuit, and operators with unpaid fines can open new mine operations without consequences.

The Department of Labor’s Office of Inspector General reported in August that MSHA’s collections program hasn’t led to safer mining operations, and no correlation exists between the amount or frequency of penalties and the safety of a mine. “Many companies see fines as the cost of doing business,” says Tony Oppegard, an attorney who specializes in mine safety cases.

There is, however, one way to prevent accidents: unions. According to a new Stanford University study of underground safety from 1993 to 2010, “Unionization is associated with a 13-30% drop in traumatic injuries and a 28- 83% drop in fatalities.”

“At a unionized mine, you have safety committeemen who are appointed by the union to look out for the safety of their fellow workers,” Oppegard says.

Wilson did not have the benefit of union protection, so he was at the mercy of the companies. “They can make it safer, but … they just want the coal,” Wilson says.

Oppegard thinks MSHA should be using more powerful enforcement tools at its disposal. For example, the agency can recommend the Secretary of Labor file an injunction to shut down dangerous mines. MSHA used this power for the first time in 2010 against a Massey Energy Company mine that had almost 2,000 citations in two years. (Massey is the same corporation responsible for the 2010 Upper Big Branch mine disaster that left 29 dead in West Virginia.)

In response, Massey simply closed the mine. Oppegard hopes legal action can reduce future safety and health violations. He has represented Wilson in safety complaints against Armstrong Coal Company, operator of Parkway Mine, where Wilson worked. Wilson claims the company violated MSHA regulations by running tests of coal dust levels for 4 to 5 hours instead of the required 8 to 10, cheating the results. Now, the federal government has filed a criminal complaint against former managers of Armstrong Coal (which went under in 2017) over the alleged test tampering. Lawyers for the defendants did not respond to a request for comment.

The National Institute for Occupational Safety and Health reports that 1 in 5 longtime coal miners in central Appalachia has black lung, a potentially fatal cluster of lung diseases, from inhaling unsafe amounts of coal dust. Since 1969, black lung has caused the death of at least 76,000 former coal miners.

Wilson has had black lung for at least 5 years. He is testifying in the federal case. But a successful suit won’t cure his condition.

“Hell, I can’t do anything,” Wilson says of his condition. “I’ve got three great-grandkids and I can’t play with them the way I want to. I run out of oxygen. And there ain’t no cure for it.”

This article was originally published by Politico on October 30, 2019. Reprinted with permission.

About the Author: Austyn Gaffney is a freelance writer from Kentucky who has written for HuffPost, onEarth, Sierra and Vice.

One sign that anti-OSHA conservatives are getting nervous about articles (and television appearances) highlighting the declining number of OSHA inspectors are articles questioning whether government plays a useful role in protecting workers. In this case, the Reason Foundation, which “advances a free society by developing, applying, and promoting libertarian principles, including individual liberty, free markets, and the rule of law,” has concluded that reducing the number of OSHA inspectors has no effect on workplace safety.

When I see an article entitled Will Deregulation Kill Workers? by Reason Magazine assistant editor Christian Britschgi, normally I wouldn’t bother to give them any undeserved attention, but some of the arguments he uses are, unfortunately, still commonly used by conservatives in the media and Republicans in Congress, and from time to time we need to expose them.

Based on writings by Bentley University economist John Leeth, Britschgi is basically saying that OSHA isn’t needed because “Employers have much stronger incentives than OSHA to provide a safe workplace.” What are these “stronger incentives” that make OSHA enforcement superfluous?

OK, well first, if those numbers are relevant, then that sounds like a great argument to increase OSHA penalties significantly. But the fact is, because State legislatures and courts have undermined workers compensation benefits for injured workers, workers comp covers less and less of the real cost of workplace injuries and illnesses, according numerous studies cited in a 2015 OSHA report, Adding Inequality to Injury:

workers’ compensation payments cover only a small fraction (about 21 percent) of lost wages and medical costs of work injuries and illnesses; workers, their families and their private health insurance pay for nearly 63 percent of these costs, with taxpayers shouldering the remaining 16 percent.

Moreover, most workers injured or made ill on the job don’t even receive workers compensation and vulnerable and low-wage workers fare even worse.  Finally, compensating workers for occupational disease is almost non-existent. One study estimates that as many as 97 percent of workers with occupational illness are uncompensated.

Now I’m not a credentialed economist, but even I can find major holes in this theory.  First, such a theory relies on workers having perfect information about which companies are safer than others. Now, this is interesting, because that’s exactly the theory the Obama administration used when issuing its electronic recordkeeping standard. Companies would be required to send their injury and illness information to OSHA and OSHA would post that information, allowing workers to choose safer companies. What’s interesting is that corporate America and Trump’s OSHA has done everything it can to ensure that employer safety records are not made public, from discouraging press releases to opposing the OSHA recordkeepign regulation, claiming that such information unjustly “shames” employers.

The “labor market” theory also assumes that workers would be able to simply and easily move from one (unsafe) employer to another without any loss of income –even assuming there is a safer employer down the street. Obviously that’s often not possible and in any case, that’s easier for high wage workers to lose a little income by changing jobs than lower wage employees who may be living paycheck to paycheck.  And if there are enough desperate workers who need a job, any job, that higher paying, unsafe job isn’t going to pay more for very long.  You’ll have the more common race-to-the-bottom, rather than a race to the top.

Finally, this equation puts workers in a position of choosing between safe jobs or better pay. If you happen to be in a post-Obamacare world with no health insurance and have a sick kid, you might be inclined to take the unsafe, higher paying job.  This is not a choice that we want workers to be forced to make — either from the viewpoint of morality, or the general public welfare. The whole point of the Occupational Safety and Health Act was to eliminate the need for workers to ever have to choose between their jobs and their lives, or better pay and their live.

The ability to sue over workplace injuries and health hazards: Huh? Employees don’t have the ability to sue over workplace injuries. The deal when workers compensation laws were first created is that this would be a “no-fault” system; workers give up the right to sue their employer, in return for relatively certain access to benefits following their injury. (Or at least that was the theory.) Britschgi would have known that (and taken safety and health more seriously) if he had read this article and listened to the accompanying video.

That fact that Britschgi, an assistant editor of Reason Magazine (and presumably his superiors) don’t know that workers can’t sue their employers should have sent this article directly to my Trash folder, so why am I bothering to even address it? I mean, for all I know, he’s 18 years old and this is his first job. Give the kid a break.

Because, as I said above, clearly he is not alone in his ignorance. There are undoubtedly lots of other people out there who think that workers can sue their employers. And easily move to safer jobs. And just rely on workers comp if they get hurt.

The bottom line is that more cops on the beat will make drivers drive more safely, just as more OSHA inspectors will make employers provide safer workplaces. It’s as American as law and order.

This blog was originally published at Confined Space on January 16, 2018. Reprinted with permission.

About the Author: Jordan Barab was Deputy Assistant Secretary of Labor at OSHA from 2009 to 2017, and spent 16 years running the safety and health program at the American Federation of State, County and Municipal Employees (AFSCME).