According to a recent study by MTV, the majority of millennials believe that they live in a “post-racial” society.  They cite Barack Obama’s presidency as a great achievement for race relations.  Having a black President even influenced a majority of the study participants to believe that people of color have the same opportunities as white people.  Unfortunately, employment statistics say otherwise. Since 1972 –when the Federal Reserve began collecting separate unemployment data for African-Americans — the black unemployment rate has stubbornly remained at least 60% higher than the white unemployment rate. The gender pay gap has barely budged in a decade, with full-time women employees being paid 78% of what men were paid.  And the gap is worse for women of color, with Hispanic women laboring at the bottom, with only 54% of white men’s earnings. 70% of Google employees are male, with only 2% Black, 3% Latino, and 30% Asian. This from the company whose motto is “Do no Evil.” How can this be? While overt racism or sexism is rarer today in corporate America, implicit biases linger. 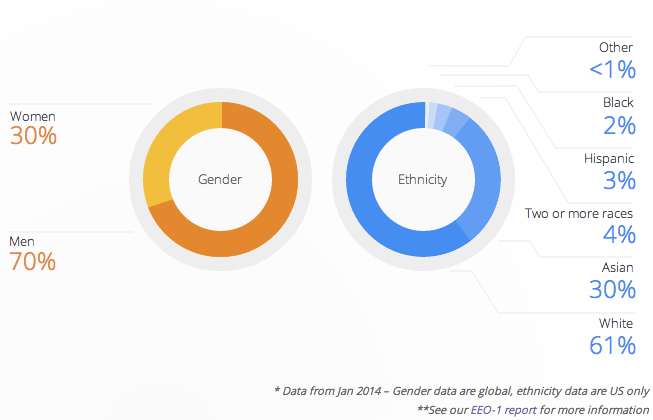 Imagine that you are supervisor, with two virtually identical resumes on your desk.  Both candidates are equally qualified.  Do you gravitate toward the one with a white Anglo-Saxon name (think “Emily” or “Brendan”), or a name more likely to belong to an African-American (think “Lakisha” or “Jamal”)? Aware of their bias or not, hiring managers are 50% more likely to call the applicant with the white-sounding name in for an interview.  There is a growing body of research like this that proves that implicit bias is real and is having real-life consequences for people who are considered “other” in terms of race, disability, sexual orientation and other characteristics. (There are even on-line tests you can take to find out about your own implicit biases.)  But even as our understanding of how implicit bias leads to discrimination grows, judges often fail to recognize that discrimination can result from unconscious stereotypes or subtle preferences for people similar to oneself—perhaps today even more than overt bigotry.  To truly provide equal opportunity for all, social science research into how people actually behave in the workplace must inform the enforcement of anti-discrimination laws.

This article originally appeared in celavoice.org on December 4, 2014. Reprinted with permission.

About the author: Amy Semmel devotes her practice to eradicating discrimination and retaliation in the workplace. She advocates for employees seeking remedies for retaliation for whistleblowing, discrimination and wage theft. Ms. Semmel is frequently invited to speak at conferences and seminars throughout the state. Subjects on which she has spoken include discovery issues in employment litigation; liability of successor, electronic discovery, alter ego and joint employers; the Private Attorney General Act, and developments in wage and hour law.