While the national unemployment rate has ticked down in the most recent jobs report, the news hasn’t been so fortunate for all workers. “Latinos, who have been the hardest hit by the nation’s coronavirus-related economic crisis, once again led all groups in joblessness this month, with 17.6 percent of Latinos unemployed,” NBC News reported. But times remain tough even for those fortunate enough to be working again.

Andrea Osorio, a housekeeper and mom of four in San Antonio, told NBC News that while she’s bringing in money again, she’s been able to recover only half of the 10 clients who laid her off as COVID-19 infections began to surge across the country.“But Osorio tells NBC News she can pay bills again, even if she doesn’t have the extra spending money she had in the past,” the report continued.

A slew of data in recent weeks has indicated Latinos have been devastated by the pandemic in both human and economic losses.

Latinos have also been “more likely than Americans overall to say they or someone in their household has experienced a pay cut or lost their job because of the coronavirus outbreak,“ Pew Research Center said in further findings. “Only 25.2 percent of Latinos could do work from home when the pandemic forced workers to leave their offices and put distance between themselves and their co-workers, according to the Urban Institute,” NBC News said.

Osorio had been among Latino workers forced to dig into their minimal savings following their job losses. “At the beginning, I thought I could do this,” she told The Washington Post last month. Her husband Oscar, a construction worker, had taken only a small hit in lost work. “But two weeks became three and then four and now who knows when I can work again?” she said. “I cry, but never in front of them. I wait until they go to sleep and I’m alone.”

As the pandemic continued but work did not, she told NBC News that the family was among the thousands who lined up at a food bank in town, something that was completely new to them. “We didn’t have extra money but we were okay with my husband’s income and mine, we paid for the house and the bills,” she told NBC News. “When we went to the doctor, we paid. When we bought food, we paid.”

Due to their mixed immigration status, the family was among the millions denied stimulus relief. However, the Post reported that a small bit of much-needed help came via an anonymous act of kindness from an unknown person or persons: “The other day, a man called offering Andrea some work. And Oscar found an envelope stuffed with $240 in their mailbox. For the first time in April, the family had meat for dinner.”

This blog originally appeared at The Daily Kos on June 9, 2020. Reprinted with permission.

About the Author: Gabe Ortiz is a staff writer at Daily Kos focusing on immigration, LGBT, Latino issues. 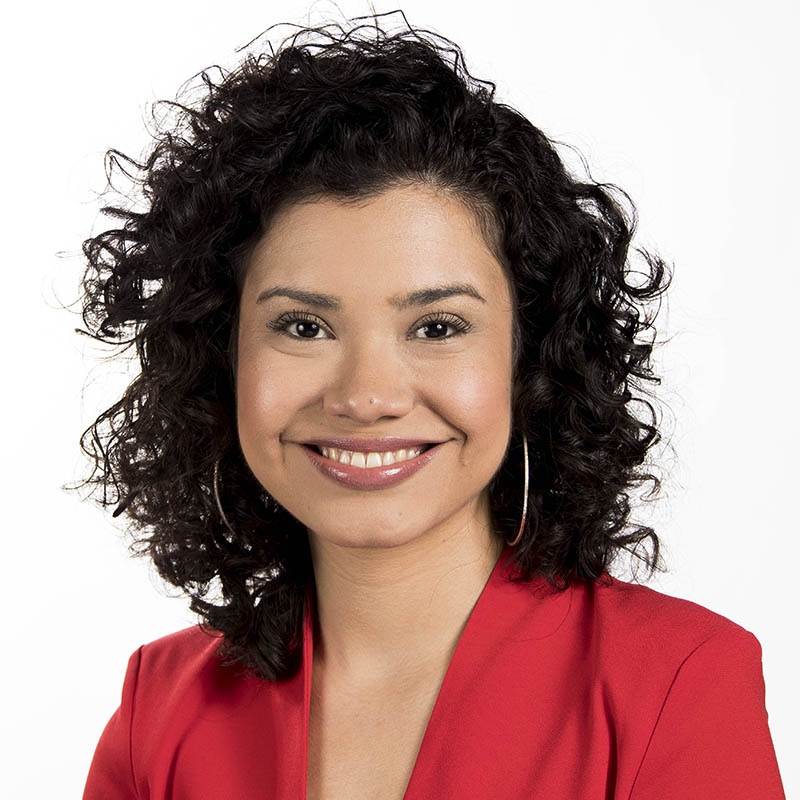 The Democratic super PAC is launching a sustained digital effort to woo Latinos in the run up to the 2020 presidential election, according to details of the plan provided to POLITICO. Priorities USA is starting in Florida first and will expand the slate of digital ads to other battleground states across the country as the cycle progresses.

It’s a new piece of the super PAC’s $100 million commitment to the primaries. The group didn’t spend on Latino-focused ads in 2015.

This time they are starting before 2020 and in a state that is at the heart of President Donald Trump’s re-election efforts. The digital ads which will run on Facebook and YouTube, cover pocketbook issues that Florida Latinos care about, according to the super PAC. The group didn’t specify the amount of money being spent on the Latino outreach program.

The digital program includes digital banners, audio and pre-roll ads. The program also includes promoting news articles across Facebook focused on the impact of Trump’s policies on Latinos in Florida.

Priorities USA said the ads will be about rising health care costs, wages, and Trump’s racist rhetoric and immigration policies.

“Latino communities are feeling the negative economic impacts of President Trump’s reckless policies,” said Daniela Martins, Hispanic Media Director for Priorities USA. “We are launching this program in order to establish a continuous dialogue with Latinos on the everyday pocketbook issues they care about, like stagnant wages under a rising cost of living, the rising costs of healthcare, and the increasing lack of opportunity in an unstable economy.”

“We want them to know that their experience is not isolated, that they are not alone,” Martins said. “That they have a voice for the White House to hear, and the right to push back.”

Priorities USA is taking steps to understand Florida’s different Latino communities, which include Cubans and Puerto Ricans. And is using research it conducted earlier this year surveying Latinos in Florida, Nevada and Arizona to better understand how to reach and mobilize the voting bloc.

Latinos are on pace to be the largest non-white eligible voting bloc in 2020. Miami-Dade County, Florida is home to the third-largest Latino population, 1.9 million, according to Pew research. And hundreds of thousands of Puerto Ricans, who are U.S. citizens, are estimated to have migrated to Florida after devastating hurricanes hit the island in 2017.

This article was originally published by the Politico on November 13, 2019. Reprinted with permission.

About the Author: Laura Barrón-López is a national political reporter for POLITICO, covering House campaigns and the 2020 presidential race.

Barrón-López previously led 2018 coverage of Democrats for the Washington Examiner. At the Examiner, Barrón-López covered the DNC’s efforts to reform the power of superdelegates and traveled to competitive districts that propelled Democrats into the House majority. Before that, Barrón-López covered Congress for HuffPost for two and half years, focusing on fights over fast-track authorization, criminal justice reform, and coal miner pensions, among other policy topics in the Senate.

Early in her career, she covered energy and environment policy for The Hill. Her work has been published in the Oregonian, OC Register, E&E Publishing, and Roll Call. She earned a bachelor’s in political science from California State University, Fullerton.

Ask Los Angeles Times reporter Alana Semuels why union membership in California rose by 100,000 in 2012, and she’ll give you a simple answer:

To explain the contrast between the trend in California and the United States as a whole—where union membership dropped last year by 400,000—Semuels turned to some credible sources, including Steve Smith of the state labor federation who cited “an appetite among these low-wage workers to try to get a collective voice to give themselves opportunity and a middle-class lifestyle.”

Quoting Smith and others, Semuels finds that, “After working hard to get here, many Latino immigrants demand respect in the workplace and are more willing to join unions in a tough economic environment, organizers say.”

True enough: Immigrant workers have been particularly important for unions in California and Latino organizing has helped reignite the state’s labor movement.  But that’s only part of the story.

Many California unions, allied with progressive groups up and down the state, have dedicated enormous resources to community and economic organizing. This has influenced California’s political culture. Union-friendly city councils, boards, commissions, a democratic legislature and statewide office holders produce a relatively pro-worker political and economic atmosphere.

Though employer resistance to unions can be as fierce in California as in other states, there is also a growing sense that a cooperative relationship with labor can be good business (note the expedited permitting for the construction of downtown L.A.’s Farmers Field).

California unions were ahead of the curve in recognizing the power of Latino workers and voters and then led other states in building diverse constituencies around progressive economic development strategies. The number of “living wage” districts around the state testifies to that.

There is no pro-union state in the United States. But California (with 18.4 percent of the workforce unionized) may be pointed in that direction.

Despite its failure to offer context, the Los Angeles Times piece draws the same conclusion.

“Labor’s more optimistic proponents say that California could serve as a blueprint for unions across the country as they seek to stem membership declines,” writes Semuels. “The trend comes amid forecasts that the Latino population in the United States is likely to double in two decades.”

This post originally appeared on LaborLou.com and was also reprinted on AFL-CIO NOW.

About the Author: Labor Lou – Laborlou.com began in 2009 as commentary on the Obama Presidency and then became more open-ended.  This past year Labor Lou posted several autobiographical narratives.