Advances in research are produced by the twin pillars of dedicated scientists and an activated citizenry who demand that the best science be applied to today’s most pressing problems. Because scientists produce the facts that expose the lies currently being purveyed, the tip of the spear is pointed at the heart of science-based policy and research.

But the imminent threat also presents an extraordinary opportunity for the scientific community to unify around a message of resistance, one in which organized labor has a critical role to play. Unionized scientists are well-positioned to fight back against the false narratives being pushed by the administration and to advocate collectively for continued funding of crucial basic research. Science professionals need a workplace free from fear of corporate power and political malfeasance influencing their results. We are the protectors of truth and facts, and in that way we all are in service to the public. With scientific integrity, we speak truth to power.

Budget cuts are the beginning of the attack. For example, the Donald Trump administration is proposing a 31% cut in funding and 21% cut in workforce at the U.S. Environmental Protection Agency on top of less-heralded budget cuts over the past three years. Such low funding levels have not been seen since the 1970s, prior to the enactment of most of our national environmental laws. Enforcement is also targeted, crippling the EPA’s ability to protect human health.

Is this a good way to save money? Investments in environmental protection pay huge dividends for the country. For example, air pollution reductions will avoid 230,000 premature deaths and produce total benefits valued at $2 trillion in 2020, according to a 2011 study. This benefit exceeds costs by more than 30-to-1, to say nothing of the human suffering.

Scientists have long held the view that with enough data and evidence we will be able to convince skeptics that climate change is real, that humans are responsible and that immediate action must be taken. It is increasingly clear that this approach has not worked.

For the nearly 7,000 postdoctoral researchers at the University of California and Lawrence Berkeley National Lab represented by UAW Local 5810, having a union ensures strong workplace protections as well as a powerful, nationwide platform for advocacy when research comes under threat. And the collective power of the union is not limited to the workplace. 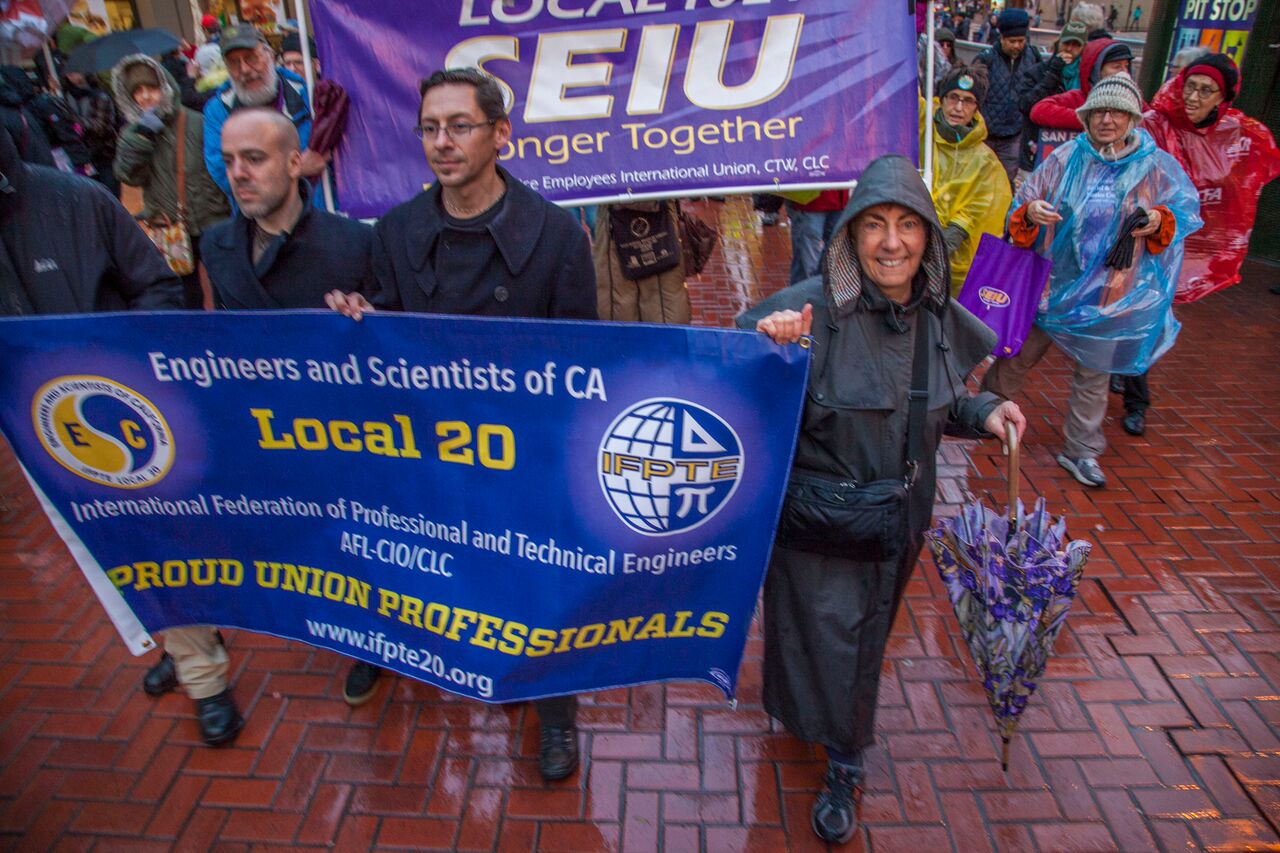 With a diverse membership that includes both higher education and the manufacturing sector, the UAW has been a leading advocate for climate change policies that both create healthy communities and address economic and racial inequities. And at the EPA, the International Federation of Professional and Technical Engineers (IFPTE) Local 20/Engineers and Scientists of California (ESC) has rallied in opposition to the cuts and will continue to speak out, including in San Francisco at the March for Science.

Make no mistake. As organized scientists, we are in solidarity with our union brothers and sisters who have lost jobs and real income steadily over the past several decades. We support the creation of jobs in clean energy sectors and in green infrastructure projects.

It is time for scientists and the citizenry who depend on science to embrace our responsibility to advocate for sound policies. Our very lives and livelihood are now dependent on stepping collectively forward into the realm of political advocacy and action.

Together we will March for Science on April 22, in opposition to the damage that the current administration seeks to do to research and in solidarity with scientists, researchers, and concerned citizens who remain resolved, undeterred, and organized in the face of these threats.

This blog was originally posted on aflcio.org on April 18, 2017. Reprinted with permission.

Carly Ebben Eaton is a postdoctoral scholar and executive board member of UAW Local 5810.

Kathy Setian was a project manager at the U.S. Environmental Protection Agency and a steward of IFPTE Local 20, Engineers and Scientists of California. She will be a speaker at the April 22 March for Science in San Francisco.