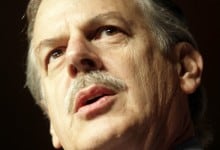 President Obama transformed his last State of the Union speech last night into his first farewell address. From his opening twitting legislators for being “antsy” to get back to Iowa, the president acknowledged that in an election year, with a bitterly obstructionist Congress planning to spend less than 90 days in session, not much is likely to get done. Instead of an agenda for action, he offered instead an eloquent summation – and large doses of common sense.

The common sense was a necessary corrective to the stuff and nonsense of the political campaign trail. Noting the progress made in recovering from the Great Recession, the president reminded that the U.S. economy is the “strongest and most durable in the world,” now enjoying the longest streak of months with jobs creation in its history.

In contrast to the hysteria generated by the Trumped-up campaign, he said that the U.S. is the “most powerful nation on earth.” Its military has no competitor; “It’s not even close.” He sought to put the fears fanned by the ISIS and the acts of terror in perspective. We’re threatened less “by evil empires, more by failing states.” ISIS and Al Qaeda terrorists can create terrorist acts across the world. But this is not “World War III,” and it is a disservice to call it that. The terrorists are violent thugs but “do not threaten our national existence.” Needless to say, Republicans immediately panned this common sense and revved up their hysteria. Good sense is a first casualty of terror.

The president celebrated the reality that he has begun to transform our energy policy and essentially declared victory in the debate over climate change. The debate is over. The world was acting together to begin to address climate change. And America is leading, with the president claiming that we had cut carbon pollution more than any other country on earth.

If the economy is so strong, why are the people hurting? Here, Obama reiterated his passive voice populism. Americans “feel anxious” because we live in a time of “extraordinary change.” Technology is transforming our economy in “profound ways.” That’s why workers have less leverage, companies less loyalty, wealth and income is more concentrated. We have to make change our friend, and navigate its currents. He then offered a sensible, if modest, agenda on education, extending shared security guarantees, greater support for the working poor.

But technological change has always been with us. Globalization is the result of policy, not an act of nature. Yes, we have to navigate the changes wrought by technological change. But the reason Americans are “anxious” is that the rules have been rigged to favor the few, not because technology mandates less worker leverage or company loyalty.

The president did offer a dollop of more active voice populism later on, an unstated tribute to Sens. Bernie Sanders and Elizabeth Warren, when discussing the fierce debate over “what role government should play in making sure the system’s not rigged in favor of the wealthiest and biggest corporations.”

“Working families won’t get more opportunity or bigger paychecks by letting big banks or big oil or hedge funds make their own rules…Food stamp recipients didn’t cause the financial crisis; recklessness on Wall Street did. Immigrants aren’t the reason wages haven’t gone up enough; those decisions are made in boardrooms…”

“In this economy, workers and start-ups and small businesses need more of a voice, not less.”

Yet this populist frame led nowhere. The president offered no agenda for empowering workers, no pledge of executive action to give government contract workers the right to join a union. Instead he pledged only to “lift up many businesses” that are doing the right thing.

Similarly on foreign policy, after stating the fact that we are the most powerful nation in the world, the president argued that our challenge is how to exercise leadership without pretending to police the world. Sensibly, he argued this would require a sense of priorities. Yet, he suggested that the U.S. would be on patrol against instability in the Middle East, Afghanistan and Pakistan, Ukraine, Central America, Africa and Asia. The challenge was to mobilize allies to “pull their own weight” in acting with us. But if the U.S. is on guard across the world, then it isn’t surprising that our “allies” as in the Middle East have their own priorities and are happy to let us do the heavy lifting elsewhere.

The president returned, somewhat wistfully, to the themes that launched his presidency – the need to recover our sense of one America, to overcome partisan division and discord, the strengths and spirit that sustain us as a nation. In doing so, he reminded us of the historic nature of his presidency, and of the dignity and decency with which he has borne the burdens of office.

He also used this theme to call for us to “fix our politics,” to change the system so people don’t think it is rigged in favor of the rich or the powerful or the narrow interests. That requires changing how we draw congressional districts, reducing the influence of big money, and making voting easier, rather than harder. The president pledged to spend part of the next year supporting these reforms at the state and local level, even while pushing against the wall of opposition at the national level.

Obama knows how to deliver a speech. Like Lincoln, he uses logic and common sense to stake his position and make his case. He has an author’s care about language. But in trying to describe our common ground, he has chosen not to “litigate the past,” either on our economic course or on our foreign policy follies. At a time when Americans had to learn clearly how failed conservative doctrines had led us into the fix we are in, the president chose not to issue the indictment. That was true at the start of his administration as he inherited a failed war and a collapsing economy. And it is true as his term draws to a close, despite the unrelentingly bitter partisan and ideological opposition he has endured.

This blog originally appeared in ourfuture.org on January 13, 2016. Reprinted with permission.