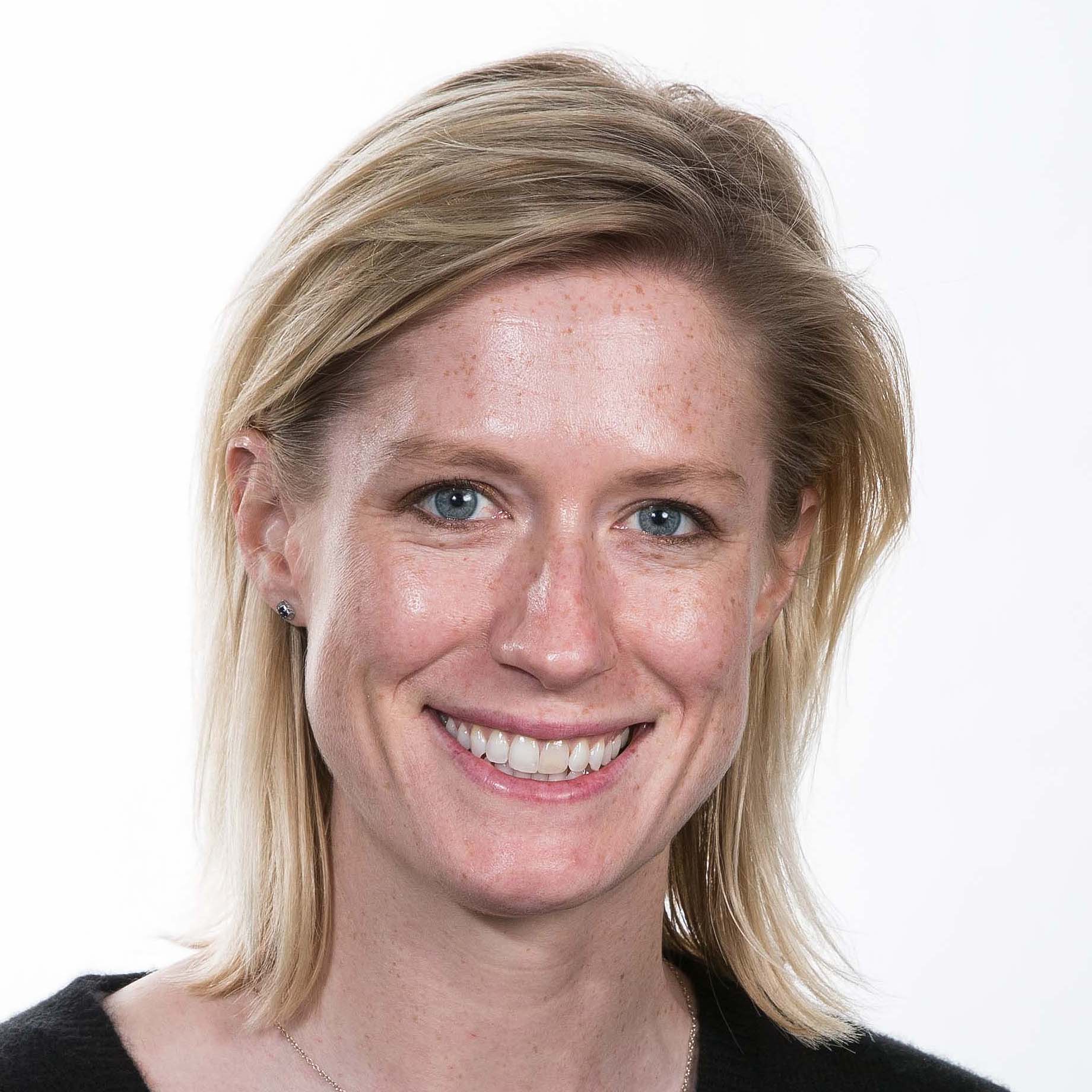 The Department of Housing and Urban Development is denying Los Angeles $80 million in federal funding on the grounds that the city is violating the Fair Housing Act by discriminating against people with disabilities, according to a letter obtained by POLITICO.

“As you have been notified time and again, the city is unlawfully discriminating against individuals with disabilities in its affordable housing program under federal accessibility laws, including the Fair Housing Act, and has refused to take the steps necessary to remedy this discrimination,” Carson wrote.

Garcetti told POLITICO he was “disappointed” in HUD’s decision, adding that he was “looking forward to meeting with Secretary Carson next week, so that I can speak directly to HUD’s concerns and bring this matter to a resolution that will not displace already vulnerable Angelenos.”

The city, Garcetti said in an email, had been “negotiating in good faith to resolve HUD’s concerns, most recently signing off on an offer to create 4,000 accessible housing units over the next ten years, and implementing a rigorous monitoring and compliance regime.”

HUD’s Office of Fair Housing and Equal Opportunity in April notified Garcetti that an agency review of Los Angeles’s affordable housing program had determined that the city was not complying with the Fair Housing Act’s accessibility requirements — a “widespread failure” HUD said it had first raised with L.A. in a January 2012 letter.

L.A. had recently “made a variety of representations that it had begun to achieve compliance,” FHEO Enforcement Director Lynn Grosso said in the April 1 letter to Garcetti.

“Based in part on these representations, HUD undertook additional investigation to determine whether these representations were accurate,” Grosso wrote. “HUD’s on-site compliance review of housing recently constructed or altered using funds received from HUD confirmed that they were not.”

L.A. will have 60 days to comment and to revise or resubmit its plan, according to Carson’s letter today.

“The city may also obtain approval of its Annual Action Plan once the city has entered a Voluntary Compliance Agreement that remedies its violations of federal accessibility requirements to HUD’s satisfaction,” Carson added.

This article was originally published at Politico on July 19, 2019. Reprinted with permission.

About the Author: Katy O’Donnell is a reporter for POLITICO.

Judgment For Employee Due To Employer’s Failure To Accommodate

I don’t remember ever reading a case quite like this one. The facts are quite graphic so be prepared. The story revolves around an incident of a store’s failure to accommodate a disability which led to a tragic result.

What Happened In The Case

A woman identified only as A.M. came to America in 1981 from El Salvidor after civil war broke out. She started working at Albertsons in 1987. She worked in various jobs, but at the time of the incident giving rise to the case, she was working as a checker.

In 2003, A.M. underwent chemotherapy and radiation for cancer of the tonsils and larynx. The treatment affected her salivary glands which caused her to drink large volumes of water and urinate repeatedly.

While at work, A.M. was required to have water with her at all times and needed to go to the bathroom frequently — sometimes as often as every 45 minutes.

Most managers accommodated her but on the evening of February 11, 2005, A.M. encountered a horrific problem.

By 7:00 p.m. there were only three employees in the store – A.M. who was working as checker, another woman who acted as courtesy clerk (and was not allowed to relieve a checker), and Kellie Sampson – the person in charge.

At 8:00 that evening, A.M. told Sampson that she needed take a break. Sampson asked A.M. to wait because a delivery truck was coming

Some time later, A.M., who had a line of customers waiting to check out, called  Sampson and told her again that she needed to go to the bathroom. Sampson told her that she was unloading the merchandise and that she had to wait.

About 10 minutes later, A.M. still had customers in the line. She called Sampson once more and told her that she really had to go. Sampson said that she was busy and unable to come to the front of the store.

Unable to control herself, A.M. urinated while standing at the checkout stand. She was having her menstrual cycle, and so she was drenched with both urine and blood.

Understandably, A.M. was shaky and humiliated though she did not think the customers saw what happened. When Sampson finally got to the front of the store, A.M. went into the bathroom to clean herself.

Sobbing, she called her husband to tell him what happened. A customer observed her crying, asked what was wrong, and A.M. explained that she had wet herself because no one let her go to the bathroom.

The customer helped her to her car. She had a horrible drive home and thought about killing herself.

When she got home, still nervous and crying, she took a long shower and tried to scrub the smell off her. She wouldn’t get out of the shower and her husband had to remove her.

After that, she was unable to return to work and began to deteriorate psychologically. She became listless and withdrawn. She refused to see family and friends. She feared that people would be able to smell the bad odor she sensed about herself.

She had crazy dreams and couldn’t sleep. Each day, she took multiple showers to try and remove bad smells from her body. She shaved off all of her body hair, hoping that the bad smell would go away.

Eventually A.M. told a doctor that had thoughts about killing herself. She was committed to a psychiatric hospital for several days.

She began receiving individual and group therapy and eventually improved. She took fewer showers and began to be less concerned about her smell. She still was withdrawn but eventually was able to go back to work.

A.M. filed for damages claiming that Albertsons failed to provide her with a reasonable accommodation for her disability in violation of California’s Fair Employment and Housing Act (“FEHA”).

As generally happens where damages for emotional distress are being considered, there was conflicting testimony was presented from from the psychologists and psychiatrists.

For the plaintiff, an expert in psychological treatment and injury testified about A.M.’s post traumatic stress disorder . The expert’s opinion was that A.M.’s emotional distress occurred as a direct result of the February 2005 incident and that she would likely suffer some effect of this disorder for many years.

Two psychiatrists testified on behalf of the defense. Their opinion was that her depression was a result of events that predated the February incident and that  A.M. had been depressed and anxious for most of her life.

The jury returned a verdict in A.M’s favor and awarded damages in the amount of $200,000:

Albertsons made several arguments on appeal.

Under the FEHA (like the Americans With Disabilities Act) an employer that fails to make a reasonable accommodation for an employee’s known physical disability engages in an unlawful employment practice.

Albertsons main contention was that its failure to

accommodate was trivial, because it constituted a single incident in the context of a much longer period of successful accommodation (which began in 2004 when A.M. came back to work after her cancer treatment).

In other words, the defense argued that one incident of a failure to accommodate is not enough to violate the law.

The Court of Appeals strongly disagreed and had this to say in its opinion:

As is demonstrated by A.M.’s case, a single failure to make reasonable accommodation can have tragic consequences for an employee who is not accommodated.

When construing a statute, we seek to interpret it in a manner that promotes wise policy, not absurdity. ….

The judgment is affirmed.

Lessons To Be Learned

I don’t remember ever reading a case that turned on the question of whether a single incident of accommodation could support a disability claim and verdict —  so for that reason, the case is both interesting and important.

The case is also a sad and disturbing illustration of what can happen when managers at all levels are uninformed about the consequences of a failure to accommodate the disabled.

About the Author: Ellen Simon is recognized as one of the first and foremost employment and civil rights lawyers in the United States. With more than $50* million in verdicts and settlements and over 30 years of experience, Ellen has been listed in Best Lawyers in America and in the National Law Journal as one of the nation’s leading litigators. She has been lauded for her work on landmark cases that established employment law in both state and federal court. Ellen also possesses a wealth of knowledge as a legal analyst discussing high-profile civil cases, employment discrimination and women’s issues. Ms. Simon has been quoted often in local and national news media and is a regular guest on television and radio, including appearances on Court TV. She is the author of the Employee Rights Post, a legal blog devoted to employee and civil rights.

*prior results do not guarantee a similar outcome