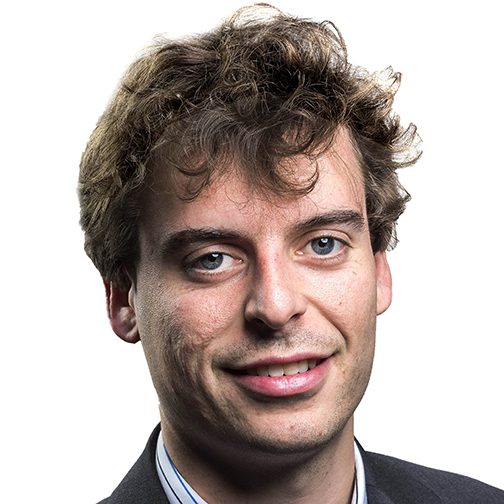 After months of wrangling, House Democrats finally passed a massive bill aimed at lowering drug prices. And Senate Republicans are flummoxed over how to respond.

The GOP is in a jam that makes action appear somewhere between unlikely and impossible. But if Republicans fail to act, it could easily become a major political liability for the party given the salience of high drug prices in public polling and President Donald Trump’s desire for sweeping reforms.

Yet with an election year cresting and massive divisions among his members, Senate Majority Leader Mitch McConnell is staying put. Associates say the Kentucky Republican is not eager to make a move that splits his caucus and could incur the wrath of the well-financed pharmaceutical industry.

A final decision will wait until after the Senate’s impeachment trial. Many Senate Republicans, however, know they need to do something to satisfy Trump and avoid the awful optics of doing nothing at all.

Senate Finance Chairman Chuck Grassley (R-Iowa) this summer advanced a bill that would fine drugmakers that hike prices above inflation rates, but from the start it had more Democratic support than Republican backing. Even though a significant number of GOP members say it’s a bold stroke with crucial presidential support, many Republicans liken the move to price controls that would kill innovation.

“God, I don’t know. We’re stuck with a price control concept,” said Sen. Lindsey Graham, referring to his opposition to Grassley’s bill. Trump “is nonconventional as a Republican. He would go to price controls … [McConnell] probably wants what I want.”

Summing up the party’s headache, the South Carolina senator said: ‘We’re not divided on if we should do something. We’re divided over what we should do. And I don’t think either of us as a party can walk away and end up doing nothing.”

Fresh off their victorious vote last week on Speaker Nancy Pelosi’s sweeping drug bill allowing the government to negotiate drug costs, House Democrats are trashing Senate inaction — and McConnell specifically. The GOP leader has likened Pelosi’s bill to “socialist price controls” and said in no uncertain terms it has no chance in the Senate. Trump also pledged to veto the measure.

Senate Republicans “keep saying they care about it, but then they do nothing,” said progressive Rep. Pramila Jayapal (D-Wash.), whose battle with House leadership led to last-minute changes that pushed the bill further left.

Republicans across the Capitol have slammed Pelosi’s bill as an even bigger boogeyman to biomedical innovation than the Senate option, and even Grassley has used it as evidence that the GOP needs to get behind his legislation or face a world with fewer new life-saving medicines.

“Thank goodness Republicans control the Senate. That said, we still need something to make medicines affordable,” said Bill Cassidy (R-La.), who voted for Grassley’s effort in committee and still backs it.

Yet without a clear path forward, senators say they feel stuck. And publicly, the White House is waffling on potential compromises. Joe Grogan, the director of the Domestic Policy Council who has worked closely with the senators on their package, first told POLITICO that the controversial inflation cap wasn’t a hill to die on — then later said it was a necessary compromise to keep Democrats on board.

When it comes to the Senate floor, McConnell is not eager to put anything up that doesn’t at a minimum have the support of half his members. He’s warned colleagues that the drug-pricing bill could result in a circular firing squad — exposing his Republicans to tough attacks as they run for reelection.

Take Sen. Thom Tillis of North Carolina, whose state is a hotbed for the pharmaceutical industry. He opposes the Grassley bill — but if he voted against it he’d be sure to take flak from Democrats looking to oust him. He said the need to put caps on drug prices is being “driven by a lot of populist pressure.”

This article was originally published on Politico on December 17, 2019. Reprinted with permission.

About the Author: Sarah Owermohle is a health care reporter for POLITICO Pro covering drug policy and the industry. Before joining POLITICO, she covered the business of health care for S&P Global Market Intelligence and spent five years in Dubai and Beirut reporting on business, finance and development in the Middle East and Africa, including a three-year stint as the editor of Banker Africa. She graduated from the College of William and Mary in Williamsburg, Va.
About the Author: John Burgess Everett is a congressional reporter for POLITICO. He previously was a transportation reporter for POLITICO Pro, Web producer, helping run POLITICO’s Twitter and Facebook accounts, and a contributor to the On Media blog.