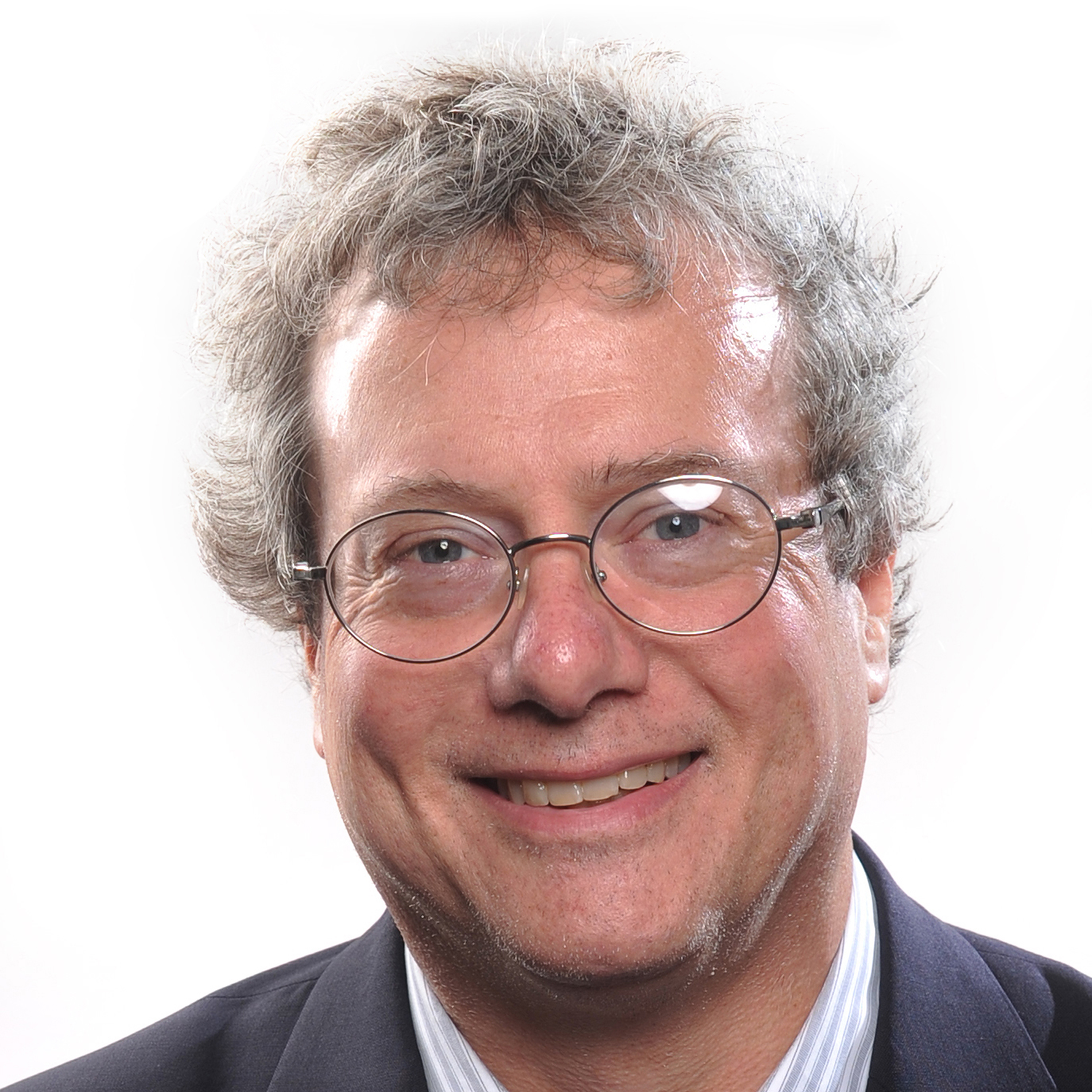 Americans are going home — and creating an economic train wreck.

The coronavirus outbreak has U.S. companies starting to shutter offices and send workers home through layoffs, furloughs or directives to telecommute until health risks from the spreading virus recede.

Even if that’s helpful to guard against further spread of the disease, it’s triggering widespread uncertainty and the biggest threat to the labor market since the financial crisis almost a dozen years ago.

The evidence is expected to show up through lost consumer spending, derailed business plans and swift damage to lower-wage workers across the nation. The extent of the damage will rest largely on how long it takes for businesses and consumers to gain confidence that the threat is under control.

When that happens, “odds of recession can go way up,” Holzer said.

CORONAVIRUS: WHAT YOU NEED TO KNOW

The government’s top infectious disease expert said the coronavirus outbreak is getting worse and warned elderly and sick people to think twice before traveling.

Amazon, Facebook, Google and Microsoft all advised Seattle employees to work at home after workers at Facebook and Amazon were diagnosed with the virus. In Everett, Wash., ten workers were sent home from a Boeing plant even before it could be confirmed that a sniffling coworker had coronavirus.

Businesses are halting non-essential travel at a rapid pace and major conferences are suddenly canceling across the U.S. As airline bookings tumble, United Airlines announced it will next month cut international flights by 20 percent and domestic flights by 10 percent. It invited staff to take unpaid leaves of absence. Other airlines around the world are already furloughing workers and slashing schedules as they face the prospect of flying empty planes.

In some cases, employees are asked to vacate the very workplaces where the virus is treated. At the University of California, Davis Medical Center, 36 registered nurses and 88 other health care workers were sent home, according to the labor union National Nurses United, after a single coronavirus patient was admitted to that hospital. Hospital workers reportedly numbering in the dozens were sent home under similar circumstances by Kaiser Permanente’s Westside Medical Center in Hillsboro, Ore. — long before the Oregon governor declared a state of emergency on Sunday.

For workers, the consequences of being sent home depend greatly on the circumstances. Many white-collar professions can adapt with relative ease to telecommuting from home for a temporary period, but workers in the brick-and-mortar retail, restaurant and hotel sectors cannot. Hourly workers are likelier than salaried workers to be laid off.

The sudden darkening of the outlook comes against a long stretch of resilience for the economy — in an expansion now in its 11th year, the longest on record.

For now, official statistics show a robust labor market, with 273,000 jobs created in February, the Labor Department reported Friday, and an unemployment rate at a very low 3.5 percent. But economists are bracing for a weaker jobs report in March.

The first hints of trouble are expected to come in weekly jobless claims and gauges of the factory sector, which has been under strain from President Donald Trump’s trade wars.

The manufacturing industry, which employs about 9 percent of the U.S. workforce, was underperforming even before news of China’s coronavirus outbreak first surfaced in January. The international nature of supply chains in the global economy — domestic factories’ reliance on parts produced in other countries — spell a near-certain decline in U.S. factory hiring even if the coronavirus outbreak is contained within the U.S. In a potential early sign of trouble, the Institute for Supply Management’s index of national factory activity fell to 50.1 in February, down from 50.9 in January, bringing it back to the brink of a sub-50 reading indicating recession in the sector.

“The supply shocks from quarantined factories in Asia are weeks away from idling U.S., Canadian and European factories,” said economist Michael Hicks of Ball State University, “and the demand-side impact on tourism, travel, eating and drinking establishments is already being felt across the world.”

Economists are already urging policymakers to consider a stimulus program to cushion Americans from impending damage. Jason Furman, a Harvard economist who was chairman of the Council of Economic Advisers under President Barack Obama, proposes a one-time payment of $1,000 to every adult American citizen or taxpaying adult.

“If the economic shock is small and stimulus proves to be unnecessary,” he wrote in a Wall Street Journal op-ed on Friday, “its negative effects are likely to be small. But if the shock is bigger and policy makers fail to act now, it will be harder to reverse the economic damage.”

Eleven states, including California, Massachusetts and New York, require employers to offer workers paid leave, as does the District of Columbia. But none of these jurisdictions explicitly guarantee the benefit to healthy workers on leave because a virus outbreak sent everybody home.

Fourteen Democratic senators last week wrote to leaders of the Business Roundtable, the Chamber of Commerce and the National Association of Manufacturers to urge their member companies not to penalize workers for going home during the outbreak.

Paid sick days are particularly rare for low-income workers. Ninety-three percent of workers in the top tenth of the income distribution get paid sick leave, compared with only 30 percent of those in the bottom tenth, according to the Economic Policy Institute, a left-leaning think tank.

While Trump has been trumpeting his actions in fighting the coronavirus, Nelson blames him for increasing its economic cost — through widespread cancellations of business meetings and travel — due to his initial response. “Shutting down these public meetings, she said, “is the only way to stop the spread if you don’t have a way of identifying where the threat is.”

“It makes me very angry,” she said, “because it’s my members’ lives and their jobs.”

With all the uncertainties surrounding the U.S. outbreak, experts are reluctant to predict with any specificity the coming impact on workers. But comparable episodes from the past provide some guide.

After the 9/11 attacks, which suspended air travel and required much of lower Manhattan to be evacuated, about 115,000 workers were laid off by the end of that year, according to the DOL. Forty-two percent were in the airline industry, and 28 percent were employed by hotels and motels.

The U.S. economy was already in recession by that point — it started in March 2001 and ended in November. Still, economists say the widespread uncertainty after 9/11, the start of the war in Afghanistan and the run-up to the Iraq war in 2003 all restrained hiring by employers worried about the outlook.

A global outbreak similar to the Spanish flu of 1918-19 — the most commonly cited historical comparison — would produce “a short-run impact on the worldwide economy similar in depth and duration to that of an average postwar recession in the United States,” a 2005 Congressional Budget Office report estimated. The significant caveat is that the Spanish flu was deadliest to the young and healthy, whereas the coronavirus, like most epidemics, exacts its worst toll on the elderly and the infirm.

A 2007 report by the St. Louis Federal Reserve raised the gruesome possibility that a shortage of workers from a major outbreak ultimately would increase wages, as it seems to have done in 1918, though it noted that was less likely now, “given the greater mobility of workers that exists today.” (The coronavirus is also much less deadly to the working-age population.)

“Given our highly mobile and connected society,” the report concluded, any comparable pandemic in the future “is likely to be more severe in its reach.”

Rebecca Rainey contributed to this report.

This article was originally published at Politico on March 9, 2020. Reprinted with permission.

About the Author: Timothy Noah is the Employment & Immigration editor at POLITICO. Previously he was a contributing writer for MSNBC.com and a senior editor at the New Republic, where he wrote the “TRB From Washington” column. For a dozen years before that he was a senior writer at Slate magazine, where he wrote the “Chatterbox” and “Prescriptions” columns. Noah has also been a Washington-based reporter at The Wall Street Journal and Newsweek; an assistant managing editor at U.S. News & World Report; and an editor at the Washington Monthly. He is the author of “The Great Divergence: America’s Growing Inequality Crisis and What We Can Do About It” (Bloomsbury, 2012).