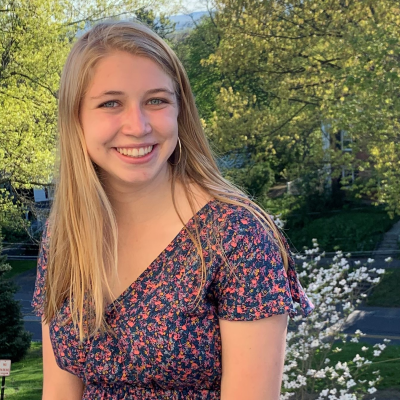 Dolly Parton’s “9 to 5” plays in a classroom at the University of Massachusetts Amherst (UMass Amherst) as students mill about with pink “Undergraduate Workers UNITE!” buttons pinned to their shirts.

Nearly 40 students from 10 institutions across the Northeast gathered Nov. 15–17, 2019, at UMass Amherst, a highly unionized workplace, for the Northeast Undergraduate Worker Convention (NEUWC). The convention is the first in the nation aimed at training undergraduate student workers in collective organizing. UMass Amherst is home to one of the country’s only undergrad unions, known as RAPMU, which represents residential assistants (RA) and peer mentors.

The event gave students a space in which to unpack attitudes surrounding undergraduate labor, and to understand how such attitudes can lead to poor working conditions. “When I’m employed on campus, the way [my supervisor talks] about my employment is very much like, ‘This is you building your skills, it’s a good opportunity for you,’” says Ben Hayes, 23, a senior at Skidmore College. “It’s using the idea that you’re a student and therefore not a worker [who has] to be paid a fair wage and have good working conditions and be treated right.”

Led by labor organizers and educators, the workshops covered unique organizing challenges faced by undergrad workers. For starters, many students are unaware that unionizing is even possible. The largest logistical hurdle is the high turnover rate for student workers: Students graduate, study abroad, take on extracurriculars and leave campus for breaks, often interrupting organizing momentum.

As the price of higher education skyrockets, working has become a necessity for many. “I feel strongly that everyone who has this job needs it,” says Violet Daar, 19, an RA and sophomore at Wesleyan University. Emma Rose Borzekowski, 23, one of the convention organizers and a recent Wesleyan graduate who worked as an RA, says that RA positions are one of the highest paying jobs on campus.

A position as an RA is a particularly fraught one because students live in the same place they work, so it becomes more difficult to take needed breaks. Many attendees are frustrated that their work stipends don’t cover the cost of housing, despite the job requiring residing on campus. At UMass Amherst, RAPMU has bargained for higher pay and more dignified working conditions.

Elizabeth Pellerito, director of the UMass Lowell Labor Education Program, presented on the importance of inclusion. She noted that, historically, cis white men have been overrepresented in union leadership, and that there’s still a long way to go before leadership truly reflects membership. “We are a movement that’s about power, so how are we sharing the power and recognizing the privilege?” she asked.

Though the convention attendance itself was overwhelmingly white, many expressed a need to change. Conference organizer James Cordero, 21, a senior at UMass Amherst and RAPMU member, explained how RAPMU incorporated racial justice training for RAs in its bargaining contract after racist incidents on campus in 2018. “We are building a new chapter of the labor movement to improve upon past mistakes, incorporating more social justice into the movement,” Cordero says.

“The big takeaway for me is to have union organizers who are racial justice organizers, who are environmental organizers,” says Joy Ming King, 22, a Wesleyan senior.

Convention organizers stressed relationship-building as central to the success of student unions. “We wanted this [convention] to be a chance for undergraduates to meet each other [and] know they’re not alone,” Borzekowski says, which the convention facilitated. Over an afternoon break, students shared curly fries and contact information, and brainstormed strategies to bring back to their campuses.

Though the young organizers worried about the NLRB’s proposal, the mood at the conference was hopeful. “We still have all of the power that selling our labor gives us and that building relationships with one another gives us,” Borzekowski says. For Lucy James-Olson, 19, a sophomore at Mount Holyoke College, “underlying all of the conversations about organizing and improving the material conditions of workers is just a conversation about love and care for each other.”

This article was originally published at InTheseTimes on January 9, 2019. Reprinted with permission.

About the Author: Olivia Gieger is editor-in-chief of the Amherst Student newspaper at Amherst College, where she is a junior.