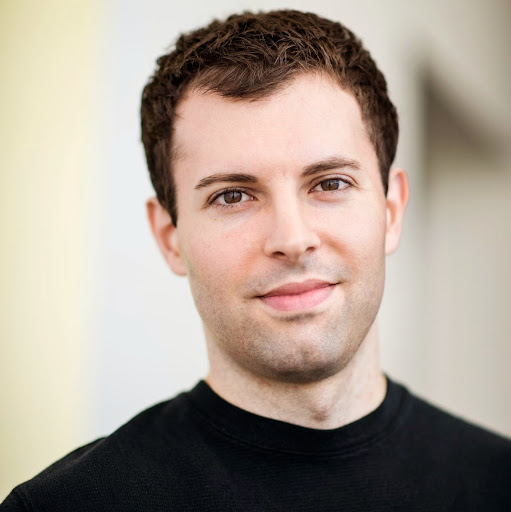 A line of cars rolls up to the government center of the largest city in a state tied with neighbor South Carolina for least unionized in the country. Members of the Southern Workers Assembly (SWA) emerge from the cars and join a picket line of Charlotte city workers. They hoist a banner declaring “The City Works Because We Do” and chant “What do we want? Medicare for All! When do we want it? Now!”

SWA is a coalition of worker committees and labor unions, including National Nurses United (NNU), the International Longshoremen’s Association, and United Electrical, Radio and Machine Workers of America. Members from across the South converged September 21 to kick off a campaign for the immediate passage of Medicare for All, known in the House as H.R. 1384.

Although unionized workers typically have access to some type of employer-based insurance (and often pay less in deductibles than nonunion workers), skyrocketing premiums and poor coverage continue to ignite unrest in all types of workplaces. An estimated 23.6 million U.S. workers with employer-based coverage spend at least 10% or more of their income on premiums and out-of-pocket costs, while wages remain stagnant. According to a new report by the Kaiser Family Foundation, the average worker contribution for family coverage increased 25% since 2014 to a whopping $6,015 annually.

In Charlotte, Dominic Harris, 31, works as a utility technician and also serves as president of the Charlotte City Workers Union. Without Harris and his fellow workers, the gilded financial hub nicknamed Wall Street of the South could not function.

“We only have something to gain,” Harris says. Harris and other members of the SWA make it clear this is a worker-led fight to sever the chain between healthcare and employers.

Harris and other members of the SWA made it clear they do not see this as a fight for a handout; it’s a worker-led fight for a universal health program to sever the chain between healthcare and employers.

“Having Medicare for All is a tremendous liberation from your boss,” says Ed Bruno, former Southern regional director of NNU.

When nearly 50,000 United Auto Workers (UAW) walked off in September, one of their major grievances was the rising cost of health insurance. General Motors (GM) responded by canceling their benefits in an attempt to force workers back. GM restored health benefits 11 days later, and UAW finally reached an agreement with GM after more than five weeks of striking.

SWA members believe a worker-led campaign for Medicare for All has the potential to galvanize a working-class movement in the South after decades of anti-union legislation like so-called right-to-work laws. Just 2.7% of workers in North and South Carolina belong to unions. Meanwhile, health outcomes in the South lag too, and infant mortality rates remain the highest in the nation.

“Healthcare is a human right,” says Leslie Riddle, a state employee who traveled from West Virginia to join the picket line. Riddle, 44, receives coverage from the Public Employees Insurance Agency, the same state-based healthcare whose program incited West Virginia teachers to walk out in 2018. Riddle has Type 1 diabetes and is allergic to some forms of insulin, which means she could die without the correct formula. When Riddle’s insurance reclassified her insulin as non-formulary, her out-of-pocket cost rose dramatically. She survived only with financial support from her parents and free samples from her doctor.

Under Medicare for All, copayments, premiums and deductibles would be eliminated, removing financial barriers to care. This is vital for people with chronic health conditions.

SWA is focusing its efforts on reaching the overwhelming majority of Southern workers without a union. The group sets up workplace committees that help workers calculate how much of their wages are eaten up by healthcare expenses, demonstrating why Medicare for All would be a huge win. As the 2020 Democratic primary season draws closer, SWA members plan to organize town halls and petition government officials to pass resolutions in support of Medicare for All, to keep issue at the forefront of the debates.

Sekia Royall agreed to organize a workers’ committee in support of Medicare for All after she realized that guaranteed health care would allow her to focus on her dream job.

Royall currently works in the kitchen at the O’Berry Neuro-Medical Treatment Center in Goldsboro, N.C., preparing meals for patients with mental disabilities and neurocognitive disorders like Alzheimer’s disease.

In her free time, though, Royall runs a catering business specializing in Kansas City barbecue, a rarity among the famous smokehouses that dominate eastern North Carolina. While Royall appreciates the important role she fills for her patients at O’Berry, her passion lies in running her own company. But pursuing her dream feels unrealistic to Royall, in part because it would mean losing her healthcare coverage provided through her employer.

“One of the reasons that I haven’t tried to quit my job and go full-time with my catering is because I do need healthcare coverage,” Royall says.

roadening the labor struggle through the right to healthcare is what inspired Bruno and other veteran activists, like Black Workers for Justice co-founder Saladin Muhammad, to throw themselves into SWA’s campaign.

“Legislation has never preceded the social movement,” Bruno says. “It was always the upheaval that preceded legislation. You can pretty much take that to the bank.”

Though still in its infancy, the Southern Workers Assembly campaign could prove to be a critical test case for building the kind of large, grassroots movement that past campaigns have shown will be necessary to overcome the powerful corporate interests bent on defeating a universal, national health program.

Medicare for All supporters face stiff opposition from drug companies, private insurers and other medical profiteers who are already well-financed and unified in attacking reforms that would decrease their profit margins. One example is the Partnership for America’s Health Care Future, a corporate front group created to stymie the growing Medicare for All movement by pressuring Democratic lawmakers to protect the Affordable Care Act, steering the party away from Medicare for All in 2020.

SWA members believe they can overcome their well-heeled opposition by mobilizing enough workers.

“If we can get every worker in every workplace to support just one thing, then that thing will get passed,” Harris says. “There’s nothing that a combined group of workers can’t accomplish.”

This article was originally published at InTheseTimes on November 19, 2019. Reprinted with permission.

About the Author: Jonathan Michels is a freelance journalist based in Durham, N.C.