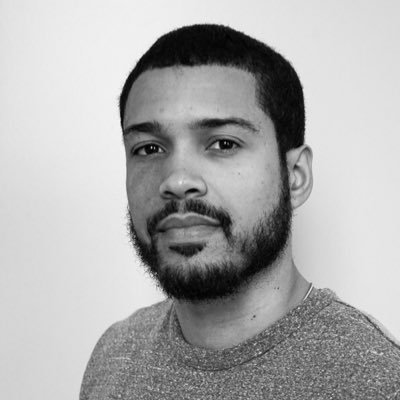 On Tuesday, over 1,000 people gathered for a strike action at a McDonald’s locations on Detroit’s East Side. The workers, who were fighting for basic workplace dignity, a fair wage and a union, showed that they’re ready to raise hell in the face of injustice by standing together.

That’s how Patricia Moseley, who has worked for McDonald’s for 34 years, describes her experience of solidarity during the strike. “We always get each other’s backs,” Moseley says. “When I see people out here, doing the same thing I’m doing, it makes me feel like ‘Hey, everybody can do this.’ Come and join us. You ain’t gotta be scared.”

Ignited by the hideously common experience of workplace sexual harassment, the strike was a powerful display of working-class force in an industry where women and people of color make up the overwhelming majority of non-managerial workers.

“This is huge,” Rep. Rashida Tlaib (D-Mich.), who attended the strike, said in a statement to In These Times. “Fast food workers…stood up against corporate greed to demand human dignity in the workplace. These corporations cannot operate without the workers, who deserve to make a living that allows them to provide for themselves and their family. They deserve workplaces free of sexual harassment and violence.”

According to a new class-action lawsuit, McDonald’s is drenched in a “culture of sexual harassment.” And as NPR reports, “more than 50 claims and charges of harassment of female employees are pending against McDonald’s.” But the issue stretches far beyond the golden arches: The industry as a whole is awash with harassment and abuse. A 2016 poll found that “40 percent of women in the fast food industry have experienced unwanted sexual behaviors on the job.”

The poll also found that workers who dare to speak out often face the bosses’ wrath as a result. “A lot of women are scared to come out and speak,” Moseley says, “because they don’t know if they’re going to lose their job.” Moseley easily spots what’s wrong with this picture, and, just as importantly, what’s missing. “If I don’t have a union, I can’t say nothing,” Moseley adds. “That’s what a union is there for. To back you up.”

The issues facing Moseley and her coworkers come down to an imbalance of power. Because workers have no real power in the workplace, this puts them in the impossible position of either being frightened into silence or, if they decide to stick up for themselves, risk being fired and plunged into economic uncertainty.

But when workers took the dramatic action of walking off the job on Tuesday, they weren’t alone. Loved ones, friends and supporters from the neighborhood hit the streets alongside them. And fellow workers from different industries—janitors, nurses, housekeepers, lab technicians and more—also stood with the strikers, embodying the old maxim that workers’ fates are tied together.

After all, their adversaries are unmistakably common: a corporate hierarchy that strips workers of power while harassing, mistreating and barking orders at them, all while paying them the lowest wages possible. In order to win against these shared injustices, McDonald’s workers are showing how to band together to demand a better world.

“That’s what we’re fighting for, right there,” says Romell Frazier, a 31-year-old organizer with the Michigan Workers Organizing Committee who has worked in fast-food for roughly seven years. “Power in the workplace. Respect in the workplace.”

That demand for more worker power ties together the many fights for greater workplace democracy roiling the country. Whether it’s teachers walking out in Chicago or GM workers who went on a massive strike at plants nationwide, working people are demanding more of a say in how they spend their lives on the job.

“We just want to bring that to the forefront,” Frazier says of the need for more democracy at McDonald’s. While the company makes “billions and billions…the workers are in here making slave wages and still being harassed. They feel like the workers don’t have a voice in the workplace. So that’s why [predatory managers or coworkers] think they can get away with [abuse].”

“That’s what we’re fighting for,” Moseley says. “Fifteen dollars an hour. A union.” And by standing together, she explains, “we won’t have to struggle no more. We can fight this thing.”

This article was originally published at InTheseTimes on November 17, 2019. Reprinted with permission.

About the Author: Eli Day is an investigative fellow with In These Times’ Leonard C. Goodman Institute for Investigative Reporting. He is a writer and relentless Detroiter, where he writes about politics and policy. His work has appeared in the Detroit News, City Metric, Huffington Post, The Root, Truthout, and Very Smart Brothas, among others.