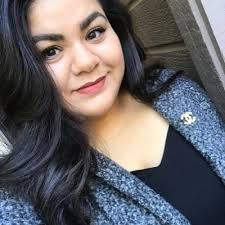 Hundreds of thousands of undocumented students across the country live with the fear that they could face deportation and an end to their plans for higher education.

The Obama administration’s Deferred Action for Childhood Arrivals program has provided work authorization and deportation protections for undocumented people who were illegally brought to the United States as children or overstayed a visa. For seven years, DACA gave some relief so students could work and go to college without looking over their shoulders for immigration officials.

As the Supreme Court hears oral arguments Tuesday on DACA, students are worried that their college degrees could be worthless. Educators are afraid that their undocumented students will fall through the cracks.

Anxieties and frustration are escalating on campus as students wait for a decision as early as next spring. POLITICO talked to two students, two educators and a college president about the case.

When Herrera first heard of DACA, he was 14. He wasn’t eligible for it until he turned 16, but even then, his mother was cautious about the program. They just didn’t know.

Seven years later, the DACA recipient will be graduating from Duke University in May. “DACA gave me access to education,” he says. He knows this to be true because his younger sister missed out on it when President Donald Trump canceled the program.

Herrera and his family came to the United States from Honduras in 2005, when he was 7. He applied for DACA in 2014 and has renewed the permit ever since. After Trump was elected in 2016, DACA was rescinded, so it wasn’t an option for his sister, leaving higher education out of her reach. North Carolina does not offer in-state tuition options for undocumented students.

“She didn’t overly excel, as is what is typically required of immigrant or undocumented immigrant students to be able to receive a scholarship like I did,” he said. “I was able to get a scholarship to Duke and she graduated high school, but has to resort to just working however she can.”

Trump announced in September 2017 that the program would end on March 5, 2018, a deadline he imposed to urge Congress to enshrine some protections for DACA recipients into law so the program would not lapse. Congress has not succeeded in passing legislation. That means those who have DACA status can renew it, but new applications are not being accepted.

The University of California regents have joined other plaintiffs in asking the high court to rule on whether the Trump administration lawfully ended the program. A decision is expected no later than June 2020.

“For many of us who have DACA, it’s been two years of waiting this out,” said Herrera. “In some ways, I believe that you get a little bit numb to the news of it. It’s just extremely draining.”

When Rodriguez was in high school, DACA didn’t exist. It wasn’t until he was 24 that the program was implemented.

From his high school graduation in 2005 until 2012, Rodriguez would take one or two classes a semester at the local community college because that’s all he could afford. He drove without a license and worked restaurant jobs he found on Craigslist that paid $4 to $5 an hour under the table. It took him seven years to finish his associate’s degree.

“I know how hard it is to go through the education system, go to higher education, and not have the resources or opportunities to advance,” he said. “Once I received DACA, it opened up huge opportunities.” With DACA, he was able to graduate from the University of California, Riverside, with additional help from a California law that allows undocumented students to pay in-state tuition.

Rodriguez is the only undocumented person in his immediate family. His parents are from Michoacán, Mexico, and migrated to the U.S. before he was born. “A family emergency happened and my mom was pregnant with me, and I was born in Mexico,” he said. “I was brought over, but I’m not sure how, because they still won’t tell me.”

If DACA were to be rescinded and he loses his work permit, Rodriguez plans to finish his master’s degree, but may look in Europe or Mexico for a job. Rodriguez is also married to an American citizen, but because of his illegal entry, he would have to apply for citizenship and leave the country until the application is processed. That’s another option.

“But I don’t want to go out. This is my home,” he said. “San Bernardino is the only thing I know.”

McGuire isn’t undocumented, but about 10 percent of her undergraduate women’s college students are. As a college president, McGuire hears the frustration among her students and feels their stress.

Students at most universities worry about how they will be able to pay the bills. McGuire’s institution has that part figured out. Trinity Washington University students have privately funded scholarships that pay for their tuition through TheDream.US college access program, in addition to other scholarships they may earn, McGuire said. The university has assured its students that their scholarships will continue through the end of their academic careers.

The school does not have a specific plan if DACA were to lapse next year. McGuire said leaders are “hopeful that the Supreme Court would be enlightened enough to provide some interim relief.”

All of her undocumented students will be skipping class to rally in front of the Supreme Court on Tuesday.

Rodriguez, who’s enrolled in DACA, has spent recent days mulling her future should the Supreme Court rule in favor of the Trump administration.

“I’ve been thinking about not pursuing a master’s degree or going to law school because if DACA is not in place, I will not be able to work,” she said.

This blog was originally published at Politico on November 12, 2019. Reprinted with permission.

About the Author: Bianca Quilantan is a higher education reporter. She has worked as a web producer at POLITICO since March 2019 and earlier was an intern with the education staff. Bianca is a 2018 graduate of California State University, Chico’s journalism program. She is also a proud graduate of Southwestern Community College, where she was the editor of the student newspaper, The Sun.

She got her start in journalism as the weekend reporter for the Chico Enterprise-Record, where she covered the Camp Fire — California’s deadliest, most destructive fire – and was named a finalist for the 2019 Pulitzer Prize in breaking news. Before that, she wrote for The Chronicle of Higher Education, ChicoSol and the Austin American-Statesman. A native of Chula Vista, Calif., Bianca now lives in Washington, D.C.