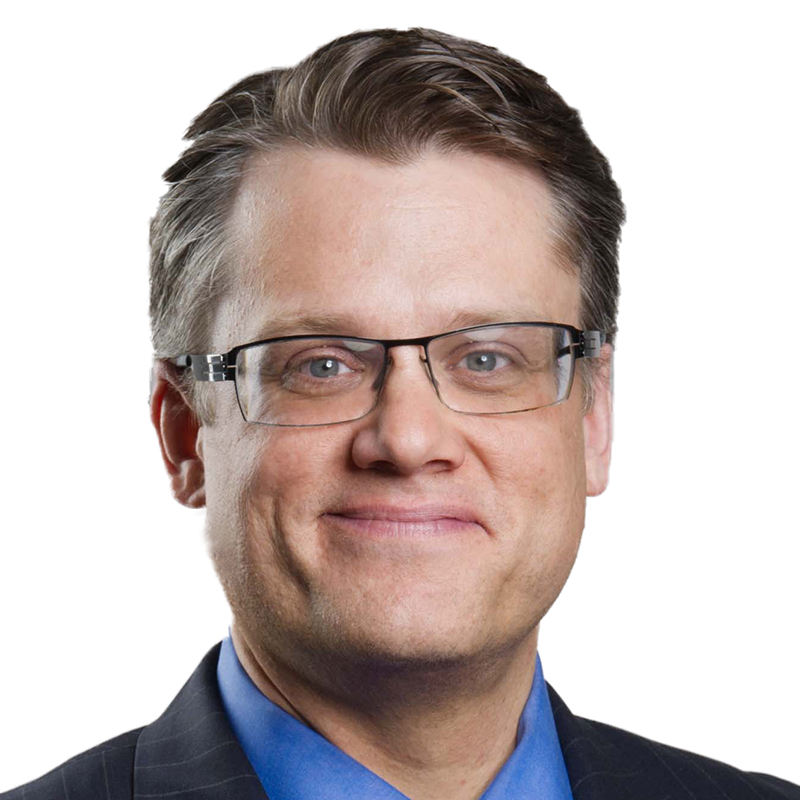 Democratic-leaning executives on Wall Street, in Silicon Valley and across the corporate world are watching Elizabeth Warren’s rise to frontrunner status in the Democratic primary with an increasing sense of existential panic.

And they feel mostly paralyzed to do much about it — other than throwing money at other candidates and praying.

Warren’s grassroots fundraising prowess shows she doesn’t need big corporate money. She’s got $26 million in the bank. And taking her on directly just makes her stronger with her populist base. Any attack on Warren from the tech or Wall Street worlds just turns into an immediate Warren talking point.

When CNBC host Jim Cramer did a piece on money managers freaking out about Warren, the candidate grabbed the clip and tweeted above it: “I’m Elizabeth Warren and I approve this message.”

“There’s really not a damn thing you can do about Warren. There is nothing,” said one prominent Wall Street hedge fund manager and Democratic bundler who is raising money for a Warren rival. “It’s the same thing Republicans went through with Trump. You look at her and think what she is going to do is going to be horrible for the country. But if you say anything about it you just make her stronger.”

This fund manager, like a half-dozen other executives interviewed for this story, declined to be identified by name for fear of being directly attacked by Warren. Some, however, are happy to ring the alarm, no matter how Warren might use their words.

“What is wrong with billionaires? You can become a billionaire by developing products and services that people will pay for,” said Leon Cooperman, a billionaire former Goldman Sachs executive who is now CEO of investment firm Omega Advisors and who predicts a 25 percent market drop should Warren become president. “I believe in a progressive income tax and the rich paying more. But this is the fucking American dream she is shitting on.”

Earlier in the campaign, executives suggested they found Warren at least a more palatable alternative to Sen. Bernie Sanders (I-Vt.), an avowed democratic socialist. Warren, a former Republican, has said she’s a capitalist “to my bones.” Even now, some billionaires are urging calm.

“‘Ninety-seven percent of the people I know in my world are really, really fearful of her,” billionaire Michael Novogratz told Bloomberg over the weekend. “It’s a little carried away.”

But more broadly the mood has shifted as Warren now leads Biden in some national and early state polls. And she has intensified her rhetoric toward Wall Street and the tech industry in particular.

At last week’s debate she stressed that she would no longer take any money at all from tech or Wall Street executives, after having success with tech donors earlier in the campaign.

“If we are going to talk about Wall Street and having some serious regulation over Wall Street, we should ask if people are funding their campaigns by taking money from those executives,” Warren said, an indirect dig at former Vice President Joe Biden and South Bend, Ind., Mayor Pete Buttigieg, both of whom have held high-dollar Wall Street fundraisers.

“You can’t go behind closed doors and take the money of these executives and then turn around and expect that these are the people who are actually finally going to enforce the laws. We need campaign finance rules and practices.”

The current strategy among centrist, corporate-friendly Democrats is mostly to hope and pray that Biden — or perhaps Buttigieg or even Sen. Amy Klobuchar (D-Minn.) — can still take her out and prevent a possible Warren presidency that could upend business models and reshape entire industries.

Most are not ready to jump over to Trump, but some at least ponder the idea.

“I don’t assume all these people would go to Trump. Plenty of them think there is much more at stake than just narrow industry interests or tax rates,” a second hedge fund executive said. “There are a bunch of financial people that at the end of the day, if she’s the candidate, they will still support her. They won’t raise money for her because they can’t. But they will still support her because of what the alternative is.”

Among other things scaring corporate America and rich people, Warren has pledged to institute wealth taxes and break up tech giants and Wall Street banks. She has taken sharpest aim at the private equity industry, introducing the “Stop Wall Street Looting Act of 2019” that would essentially wipe out some of the industry’s most lucrative practices.

It’s the same thing Republicans went through with Trump. You look at her and think what she is going to do is going to be horrible for the country. But if you say anything about it you just make her stronger.

Much of this would be hard to enact without large majorities in both houses of Congress. But Warren could do a great deal in the regulatory world to appoint strict overseers and push much more stringent rules while rolling back the Trump administration’s deregulation efforts.

As of now, there is no organized Stop Warren strategy.

The closest thing that has emerged lately is a vague whisper campaign that former New York City Mayor Michael Bloomberg could ride into the Democratic primary at the last minute if it appears Biden is really failing. But even Bloomberg’s closest confidants admit there is little chance he could succeed.

“Mike’s calculation, rightly or wrongly, is that the same people who back Biden would back him,” said a person close to the former mayor. “But it’s by no means clear to him or to anyone that it’s even possible.”

Political observers view a late Bloomberg run as even less likely to succeed.

“First of all Bloomberg is older than Biden, even though he doesn’t look it,” said Greg Valliere, chief U.S. strategist at AGF Investments, the Toronto financial firm. “And the big impediment is he’s out of step with his own party. The activist base would be appalled by someone so pro-Wall Street.”

Biden’s dip in the polls — coupled with his troubling report of just $9 million in cash on hand at the end of the third quarter — has anti-Warren Wall Street types looking hard at other Democrats, led for the moment by Buttigieg, who has built a strong core of well-heeled fundraisers led by hedge fund manager Orin Kramer.

According to recently released figures, Buttigieg raised around $25,000 from executives at finance firms including Goldman Sachs, Morgan Stanley, JPMorgan and hedge fund giants like Bridgewater, Renaissance Technologies and Elliott Management in the third quarter. And he raised around $150,000 from donors who described their occupation as “investor.”

Overall, Buttigieg is now in much stronger financial shape than Biden with around $23 million in the bank at the end of the third quarter to around $9 million for the former vice president. Klobuchar has just $3.7 million, which leads many big donors to think she doesn’t have a shot to last long after early voting in Iowa and New Hampshire next year.

Buttigieg raising significant cash from Wall Street executives may make him a target of both Warren and Sanders. But a Buttigieg campaign official said it would not have an influence on his policies toward the industry. “People are coming to us because of Pete’s message and they are seeing and hearing real excitement and enthusiasm around him,” the official said. “We have over 600,000 individual donors to this campaign and our grassroots energy is very, very strong. We have events where people give more money and events where people give $10 or $15 and people who give $1 or $2 online.”

Perhaps the biggest hope among centrist Democrats is not that Biden finally catches fire again or that Buttigieg bursts to the top. It’s that Warren’s time as the frontrunner takes a toll. Signs of that emerged in the Democratic debate last week as Klobuchar and others went after Warren for not being clear how she would pay for “Medicare for All” and refusing to say that she would raise taxes. Warren is now pledging to come up with a plan to pay for her plan.

Some executives also say they hope that moderate Democrats in swing Senate and House seats up in 2020 will begin to get scared of running with Warren at the top of the ticket and start to agitate harder for Biden or someone else.

“What it’s going to take is moderate Democrats in swing states and swing districts who are terrified of running with her at the top of the ticket coming out and doing something,” said a senior executive at one of Wall Street’s largest banks. “But nobody wants to piss her off. Nobody wants to be on her bad list.”

This executive said if Warren gets to the general election that Trump — whose campaign had $83 million in the bank at the end of the third quarter — would paint her as a threat to the American economy. “No one has really run opposition research on her yet. She’s skated pretty clean up till now. If you get her in the general, Trump and the RNC will paint her to the left of Mao. You look at the history of John Kerry and Michael Dukakis and Massachusetts liberals and it’s not very good.”

This article was originally published at Politico on October 23, 2019. Reprinted with permission.

About the Author: Ben White is POLITICO Pro’s chief economic correspondent and author of the “Morning Money” column covering the nexus of finance and public policy.

Prior to joining POLITICO in the fall of 2009, Mr. White served as a Wall Street reporter for the New York Times, where he shared a Society of Business Editors and Writers award for breaking news coverage of the financial crisis.

From 2005 to 2007, White was Wall Street correspondent and U.S. Banking Editor at the Financial Times.

White worked at the Washington Post for nine years before joining the FT. He served as national political researcher and research assistant to columnist David S. Broder and later as Wall Street correspondent.

White, a 1994 graduate of Kenyon College, has two sons and lives in New York City.