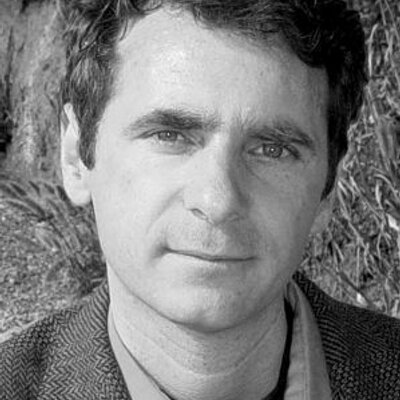 In a bit of reverse parenting, the young climate strikers are teaching the rest of us an embarrassingly obvious lesson in moral clarity and courage. Mobilizing more than 7 million people across 185 countries September 20–27—with about 1,000 actions in the United States alone—youth struck a thunderous blow against adults’ insane intransigence regarding our climate meltdown.

Students have been striking for our climate future since at least 2015, but September’s actions were by far the largest, featuring huge marches, civil disobedience (activists shut down the “Wall Street West” financial center in San Francisco on September 25), and truthtelling before the United Nations—significantly ratcheting up awareness and pressure.

The question following this profound inspiration is: What next?

As the global climate strike’s website warns, it “simply won’t be enough if it stops this week and people just go home.” To reverse today’s climate madness, we must connect the strikes and protests with politics and policy.

Here, too, young folks are showing us the way, with strike organizers demanding an end to all fossil fuel extraction, a rapid transition to 100 percent clean energy and support for the victims of climate chaos, which is “mainly caused by rich people and mostly suffered by the poor.”

But the adults still hold the levers of political and economic power (for now). In 2018, carbon emissions rose to an all-time high, and the adults still aren’t acting. As Swedish teen activist Greta Thunberg observed in her scathing speech before the UN Climate Summit, “We are in the beginning of a mass extinction, and all you can talk about is money and fairy tales of eternal economic growth.”

Even the UN summit leaders who claim to support Thunberg’s message are dithering as the world burns. “There’s a big dissonance between every leader saying to Greta ‘we hear you’ and the commitments they are putting onto the table,” Isabel Cavelier, a former climate negotiator for Colombia, told the Guardian. “China said absolutely nothing new, India mentioned commitments made in the past, the U.S., Canada and Australia aren’t here.”

In the United States, while a climate denier sits in the Oval Office, the Democrats are fumbling away our future in their own fog of delay and denial. In 2018, Democratic House Speaker Nancy Pelosi sidelined the Green New Deal while forming a relatively toothless climate committee. This summer, the Democratic National Committee (DNC) refused to hold a climate debate to put a spotlight on candidates’ climate plans

These moves reveal a mainstream Democratic Party that is in deep denial about the danger of its cuddly relationship with capitalism and corporate power, two chief drivers of climate disaster. As Mother Jones reported, in 2018 oil and gas companies gave $198,000 to the nine Democrats sitting on Pelosi’s climate committee. The DNC had briefly banned accepting donations from the fossil fuel industry that year, until DNC Chair Tom Perez reversed the policy.

To meet this moment, we must create a new politics, economics and culture—a new system of producing and consuming far less—that makes climate repair and justice the central driving force of our actions. Climate change is not “another issue,” but the issue that defines the others.

Only one major U.S. politician has put forth a serious, urgent and comprehensive Green New Deal proposal: Sen. Bernie Sanders. Investing $16 trillion over 10 years (nearly five times what fellow presidential candidate Sen. Elizabeth Warren calls for), Sanders’ plan stands out for creating millions of jobs for displaced fossil fuel workers; pushing for publicly owned power companies; dramatically increasing financial support to decarbonize the Global South; and zeroing all emissions from electricity and transportation by 2030—all of it on a faster timeline than his rivals.

If we are to celebrate Greta and the climate-striking youth, we must embrace Sanders’ sweeping Green New Deal. Otherwise, what are we rallying and marching and striking for?

Mainstream media and hand-wringing liberals fret over the price tag, but the alternative would cost more. As Sanders’ website states, “Economists estimate that if we do not take action, we will lose $34.5 trillion in economic activity by the end of the century. And the benefits are enormous: by taking bold and decisive action, we will save $2.9 trillion over 10 years.”

We cannot afford inaction: Pay big now, or pay far more in dollars and lives soon. Regardless of who you like for president, radical and immediate climate action must be job number one.

How do we turn the climate strikes into concrete success? The vital array of direct action and street-heat movements, along with climate policy pressure groups, must continue to coalesce, put tangible pressure on politicians and force immediate policy change, starting with the Green New Deal. The climate chaos bill has come due, and it’s time to pay it down and forward.

This article was originally published at InTheseTimes on October 7, 2019. Reprinted with permission.

About the Author:Christopher D. Cook is an award-winning journalist and author of Diet for a Dead Planet: Big Business and the Coming Food Crisis. His writing has appeared in Harper’s, The Atlantic, The Nation, the Los Angeles Times and elsewhere. You can reach him at http://www.christopherdcook.com/.