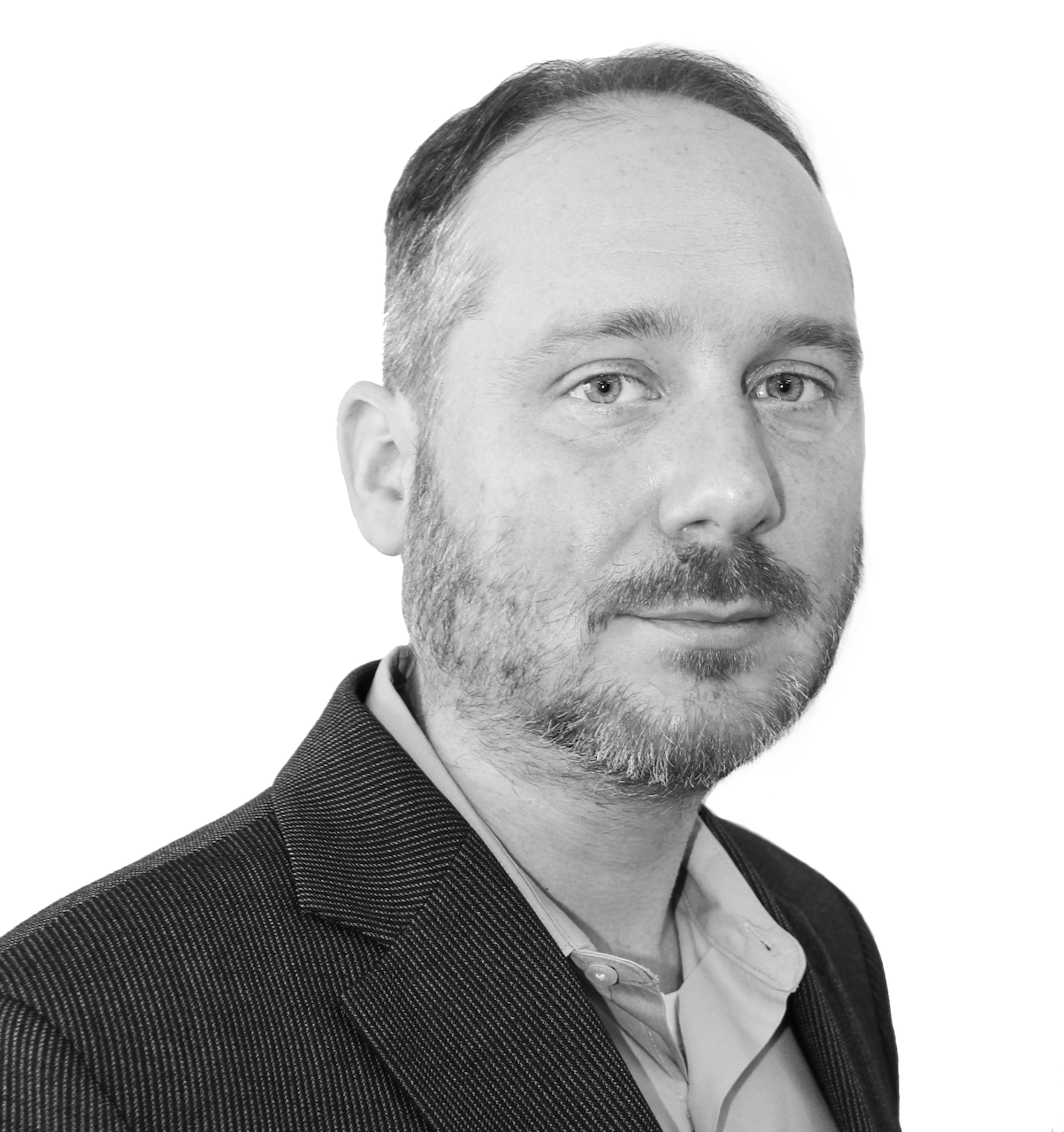 On Thursday, Elizabeth Warren released her long-awaited labor platform, titled “Empowering American Workers and Raising Wages.” The plan provides unions with a long wish list of badly needed reforms and new powers. It also makes a solid case that, like Bernie Sanders, she would be the labor movement’s biggest booster in the White House in generations.

Several other candidates, including Julián Castro, Beto O’Rourke and Amy Klobuchar, have also recently put out lengthy labor plans, which provide examples of how (and how not) to stand out from the pack when the baseline position of most Democrats in repealing the Taft-Hartley Act.

The biggest innovation in Warren’s platform is a private right of action in the federal courts against employers who violate the National Labor Relations Act.

Currently, only employers are able to take their complaints directly to the federal courts, against a union picket line, boycott action or other alleged violation of the 1947 Taft-Hartley Act. Warren would enable a union or an affected employee to sue an employer who commits an unfair labor practice (say, cutting a union activists’ hours, making threats or spying on secret union meetings) and seek injunctive relief—and even compensatory damages. Such a change would even the playing field in a significant way.

Warren is also proposing some activist anti-trust strategies to empower workers who are deemed to be independent contractors to better organize—and to shut down corporate mergers that will harm employees’ pay and work rules.

Like Sanders, Warren calls for a new federal framework for sectoral bargaining. The goal is to give unions the tools to equalize wages and benefits across multiple firms in an industry. Since individual employer-based collective bargaining is a huge part of the self-image of members and leaders alike of what unions do, both candidates are intentionally vague about the specifics of their proposals, and they are equally clear that unions will have a strong role in shaping the final legislation.

Still, the labor proposals from Warren and Sanders each signal their preferred approach.

I read Sanders platform as an embrace of wage boards, a throwback to an early New Deal model in which tripartite industrial boards voted on wage and working standards, and imposed them on all employers across an industry. As I’ve written previously, this is a framework that could put a union in every workplace in America, but, to be clear, it is not collective bargaining as we know it.

Warren’s proposal seems to be adding an overlapping representational structure to the NLRB process. Workers at individual workplaces might still vote for union representation at their firm only and negotiate collective bargaining agreements as we currently do. Meanwhile, certified unions could utilize some new process to certify a sectoral bargaining unit that would force employers to negotiate together over a specified scope of bargaining. This change would enhance union power (and unions may prefer it), but—even with card check and beefed-up NLRB enforcement—it would remain difficult for unions to dramatically expand their reach into many new workplaces.

The biggest disappointment of Warren’s labor plan is her studious avoidance of a just cause right to your job, as Sanders has proposed. A just cause law would put the onus on an employer to justify a termination. Just cause would give workers the power to say no to requests that fall outside the bounds of their duties or propriety, and it would give unions new tools in organizing and new modes of representation.

Instead, she proposes to amend the law in at least nine sections to outlaw non-compete and forced arbitration clauses and some of the most egregious forms of gender and wage discrimination. The fact that her platform contains a ridiculously long list of categories of workers whose protections against workplace discrimination belie the notion that universal protections are not essential.

Moreover, if a Warren administration successfully passes anti-discrimination protections for LGBTQ and pregnant workers, the law would still put the onus on the worker who suffered the discrimination to prove that their termination was for discriminatory reasons and not one of the many other excuses an employer will offer in defense.

In essence, this is the difference between the two most pro-labor candidates in the Democratic field. Elizabeth Warren approaches the issue of rights at work as a problem solver, and wants to enhance the institutional role of worker representation to restore a degree of macroeconomic balance. Bernie Sanders aims to radically alter the balance of power in the workplace.

Both platforms are excellent, and largely overlap on the remainder of reforms to the NLRA and other federal agencies that are supposed to protect workers from corporate exploitation, and both candidates can clearly be relied upon to prioritize workers’ rights issues once in office.

As for Castro, O’Rourke and Klobuchar, they also agree on an emerging consensus around fighting employee misclassification and overtime protection, raising the minimum wage and passing  the Protecting the Right to Organize (PRO) Act, which would essentially overturn the anti-union Taft-Hartley Act, add card check under some circumstances and impose meaningful financial penalties for employers who violate their employees’ rights

Castro makes a major issue out of granting union rights for farm and domestic workers—racist exclusions from the NLRA that cast a pall over the New Deal. Granted, almost every other candidate also supports this, but Castro stands out in terms of emphasis.

Klobuchar, on the other hand, is demonstrably going through the motions on workers’ rights. She endorses a long list of other people’s bills with no emphasis and nothing original. This shouldn’t come as a surprise from a politician who apparently thinks it’s funny to treat her own employees poorly. For readers who are worried that the candidates are just paying lip service to unions during the primaries but won’t follow through, Amy Klobuchar is what a Democrat who really doesn’t care about workers looks like. Compare and contrast with the others.

The biggest surprise is O’Rourke, who has one of the best labor platforms in the field. Like Pete Buttigieg, O’Rourke has clearly been taking advice from some of the smartest thinkers on how to restore union power, but unlike that other centrist from central casting Buttigieg, O’Rourke embraced some of the boldest solutions. Most interestingly, on the choice between wage boards and certified sectoral bargaining, O’Rourke’s team asks, “Why choose?” Under his formula, the wage boards would address big-ticket items across entire industries and take them out of competition, while the sectoral bargaining would empower unions to negotiate over the detailed minutia that workers also want to address in a contract.  O’Rourke’s plan would give unions multiple strategies to end the corporate race to the bottom over pay and working conditions.

The “Yes and…” Labor Platform

Warren’s proposal for a private right of action in ULP cases is the biggest new addition, and should remain on unions’ reform agenda no matter who wins the nomination. But it is not without controversy. The federal courts have historically been where the most damage to workers’ rights have been inflicted, and many union attorneys will be apprehensive about losing control of strategy over marginal cases that could produce bad case law. I would argue that we’ve been fighting this anyway (and not exactly producing a stellar track record of wins), so why not cut to the chase and fight for our rights in the courts? Why let a Republican NLRB add layers of obstruction?

Beto O’Rourke’s “yes and” approach to sectoral and industry-wide worker representation should also inspire us to think about the opportunities of a new president and Congress differently. Labor activists have tended to approach previous opportunities for reform as a narrow window to win one thing, and the arguments over which ‘one thing’ will save us have been paralyzing.

But the crisis of economic inequality and its corrosive effects on our democracy require a host of reforms, and even centrist Democrats get that. We need overlapping systems of worker power, union representation and employee protections. The labor movement has now been presented with a rich collection of reform proposals. We should say yes to all of them.

This article was originally published at In These times on October 4, 2019. Reprinted with permission.

About the Author: Shaun Richman is an In These Times contributing writer and the Program Director of the Harry Van Arsdale Jr. Center for Labor Studies at SUNY Empire State College. His Twitter handle is @Ess_Dog.