In 2016, the share of workers who were members of a union decreased 0.4 percentage point to 10.7 percent, continuing a downward trend that has occurred since at least the early 1980s, when directly comparable data became available[.]

And that’s before Donald Trump gets his hands on things. Although plenty of other Republicans and their corporate bosses have been at work on this for years. 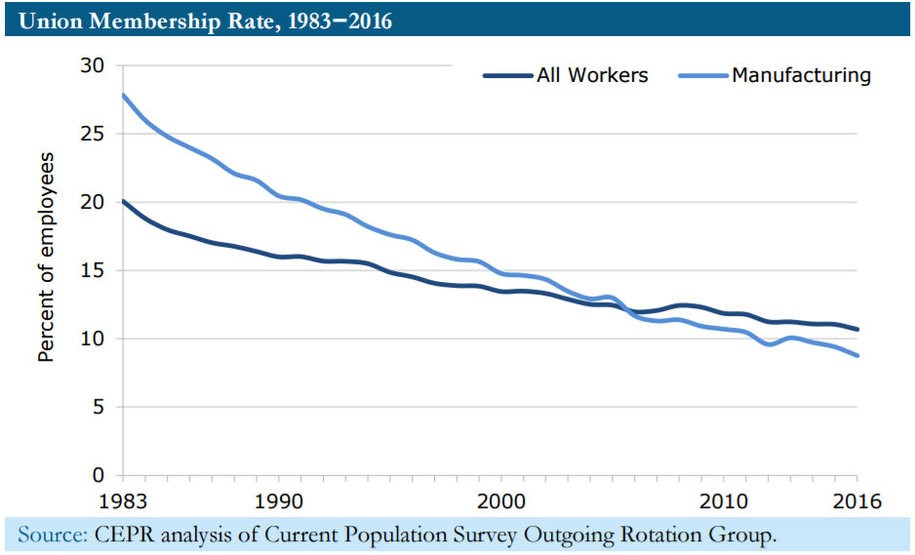 This article originally appeared at DailyKOS.com on January 28, 2017. Reprinted with permission.