There’s good news and bad news. The good news is that the gap between women’s earnings and men’s earnings has closed a little. The bad news is the narrowing of the gender wage gap is not due to women’s gains in the workplace, but to declining wages for men and growing inequality overall. 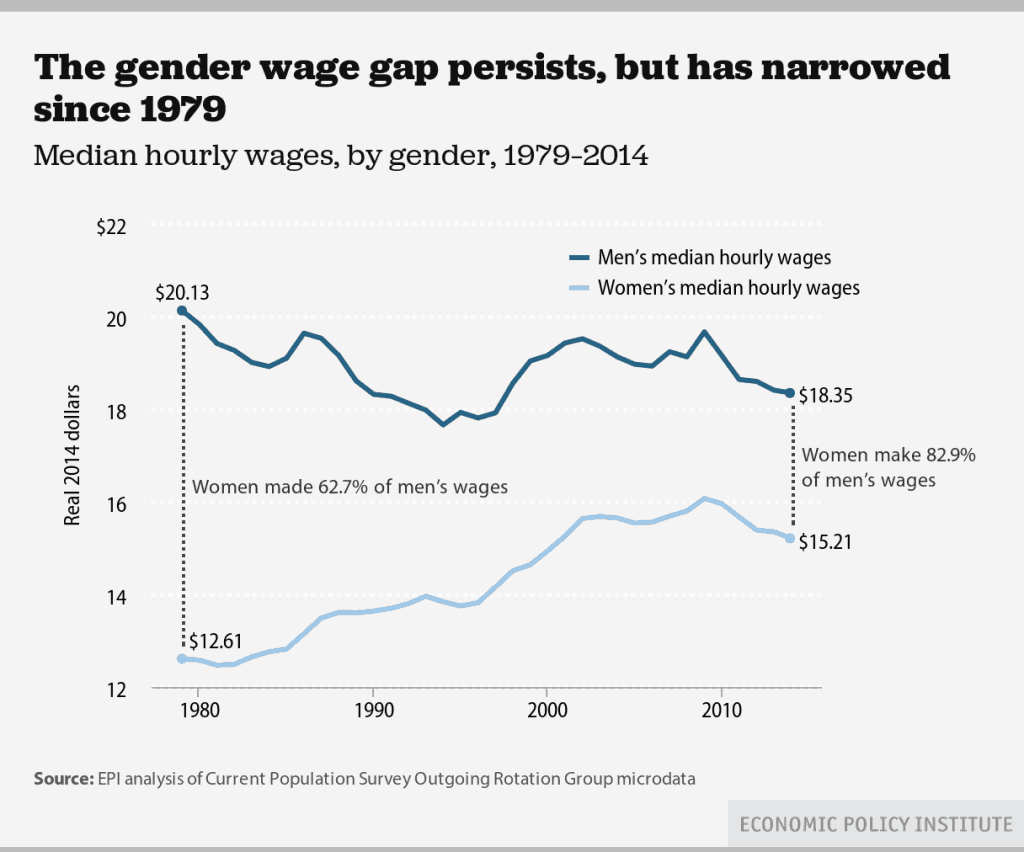 According to a recent report from the Economic Policy Institute (EPI), eliminating the gap between men’s and women’s wages would amount to a 70% raise for women. 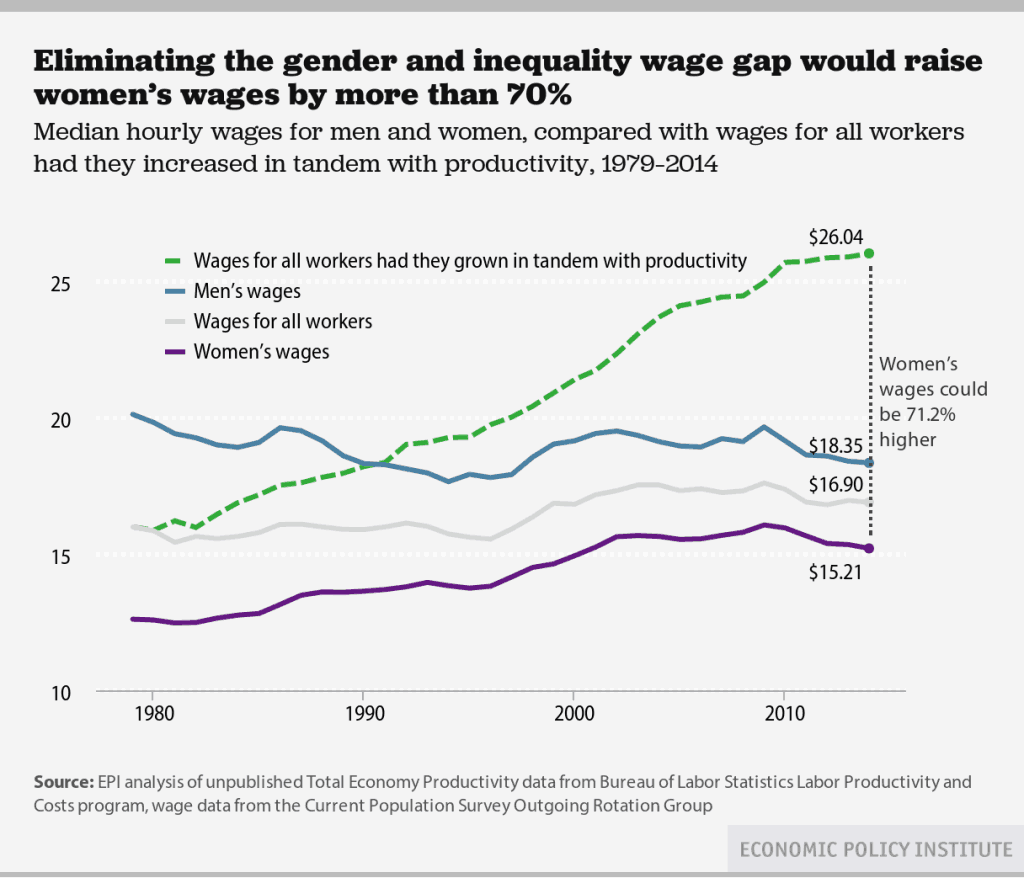 Like a “rising tide,” lifting these women lifts the households that depend upon their earnings, and boosts the economy. An economy that works for women, then, works for American families, too, bringing us closer to an economy that works for all. To that end EPI has introduced the “Women’s Economic Agenda,” a 12-point policy agenda that will “give low- and moderate-wage workers more economic leverage, change the rules so that a growing economy benefits hardworking Americans, and maximize women’s economic security.”

The benefits for women are clear. As I wrote in, “We Must Fight Poverty With Justice,” it’s no coincidence that women’s risk of poverty jumps drastically between the ages of  25 and 34, when their poverty rate is 6.9 times higher than men’s, or that their poverty risk doesn’t begin to come down until age 40. Women are at a higher risk of poverty during their peak reproductive years, when they begin juggling the responsibilities of work and family, and lose out on pay that’s already less than what men earn.

However, the benefits of the agenda aren’t exclusive to women. In fact, none of its 12 points are applied exclusively to women. Men, women, and children would benefit from increased wages, guaranteed family leave and paid sick leave, accessible child care, and all of the other agenda items. When the economy works for women on these 12 issues, it’s more likely to work for us all.

This blog was originally posted on Our Future on November 18, 2015. Reprinted with permission.

About the Author: Terrance Heath is the Online Producer at Campaign for America’s Future. He has consulted on blogging and social media consultant for a number of organizations and agencies. He is a prominent activist on LGBT and HIV/AIDS issues.